Hamilton mega-deal puts Kimi, Seb and Schumi in the shade 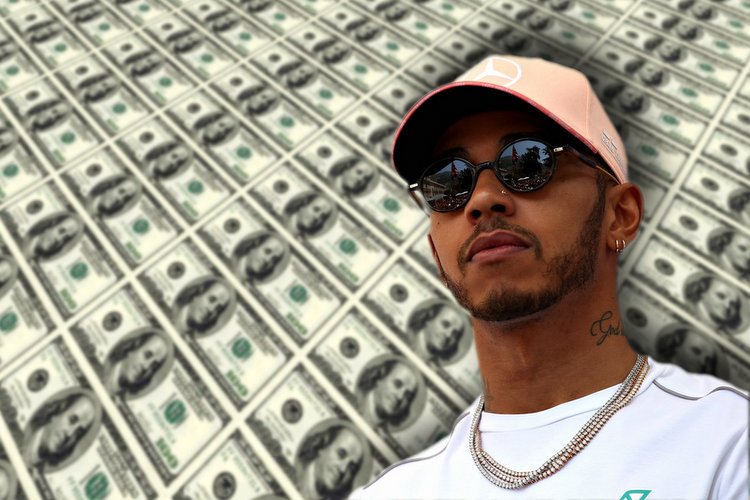 Lewis Hamilton is set to ink the most lucrative contract in Formula 1 history, dwarfing the mega-deals that made extremely wealthy men of Michael Schumacher, Kimi Raikkonen and Sebastian Vettel.

Although no official is saying so, an announcement is expected during the German Grand Prix weekend on Mercedes home soil, at Hockenheim, where big boss Dieter Zetsche and his management team will be in attendance.

Hamilton and Mercedes are expected to confirm a three-year extension worth $170-million and will keep the four-time F1 World Champion with the team until the end of 2021.

The three-year deal will put Hamilton top of the list of Formula 1’s mega-contracts which, until the Briton’s new deal kicks in, was topped by Kimi Raikkonen who was paid an astounding $153-million for his services by Ferrari from 2007 until the end of 2009.

Winning the F1 world championship for Ferrari in his first season with the team triggered bonuses that sent Raikkonen’s earning into the stratosphere. At the time, in terms of sportsmen salaries, only Tiger Woods banked more money than The Iceman.

Interestingly the $153-million Raikkonen earned during his first three years with the Reds from 2007 to 2009 is still more than what Vettel is taking home with his own mega-deal which will see him at Maranello until the end of 2020.

Prior to Vettel’s new contract extension, Hamilton’s $140-million was only bettered by Raikkonen’s decade-old record.

However, Hamilton’ new contract with Mercedes is expected to net him $170-million in a three-year deal worth $56.6-million per annum, making it the most expensive contract between team and driver in the history of Formula 1.

Sources have also indicated that management have also thrown in a sweetener should Hamilton wish to stay on another: namely an extra $150-million to extend until the end of 2023.

Nigel Mansell, Alain Prost, Gerhard Berger, Eddie Irvine were some of the drivers, from the eighties and nineties, who benefitted from Formula 1’s boom and inked very lucrative deals during their respective tenures in the top flight, all departing the sport wealthy men.

However, it was the late, great Ayrton Senna who set the benchmark and he triggered the era of superstar status salaries in Formula 1. He famously agreed to race with McLaren in 1993 for a million dollars per race, huge money in those days.

For 1994, Senna signed a multi-year deal worth $20-million per season to drive for Williams. Tragically the Brazilian was killed in a crash during the Italian Grand Prix at Imola that year.

Big Question: Are Formula 1 superstars earning too much money?