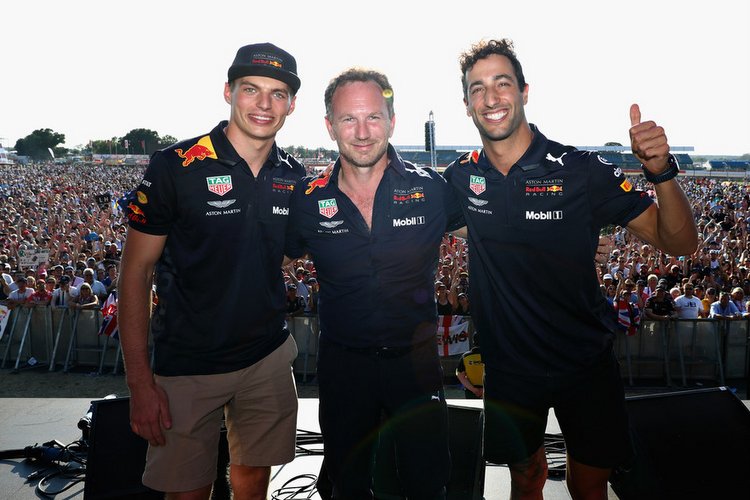 With Daniel Ricciardo set to extend his contract with Red Bull, it is fitting to compare the Australian with his teammate Max Verstappen who the team have signed up until the end of 2020 with a big bucks deal which the Australian is now angling to match.

Last October, Verstappen inked a deal worth $10-million a year with the energy drinks outfit, while Ricciardo currently banks $6-million. Word is that the only niggle delaying the final signature is the issue of financial parity between teammates which looks set to be ironed out – salaries will be equal.

Team big boss Dieter Mateschitz, as well as his lieutenants Helmut Marko and Christian Horner, are keen to hang on to the big smiling Aussie while, by Ricciardo’s own admission, options for his services with Mercedes and Ferrari are virtually non-existent.

In terms of bang for bucks, it is interesting to compare the relative performances over the seasons they have spent as teammates at Red Bull, with Ricciardo proving to be a bargain relative to his teammate in terms of delivering for his team.

The pair are tied four victories each scored in the three seasons they have shared a garage but Ricciardo has scored 74 points more than Verstappen in the same period, with 19 podiums to the Dutchman’s 15.

The numbers did not escape the sport’s highest-paid star Lewis Hamilton who stirred the pot when he told reporters after the Australian won in Monaco, “From what I hear, [Daniel] has a teammate who is making a lot more money than him.”

“Yet he is more consistent at keeping the car together and more often than not pulling it through. It’s important in a team you are valued at what you a worth. I would imagine his future is there,” added Hamilton

The same numbers surely do not escape the Red Bull decision makers, but then they could also cite the Dutch army that Verstappen brings to the party most race weekends, after all for the Blues it’s ultimately a PR exercise.

Putting it politely, there are many more orange-clad fans quaffing Red Bulls on grand prix weekends in the grandstands than Australian flag-toting enthusiasts.

These are the Ricciardo vs Verstappen numbers: