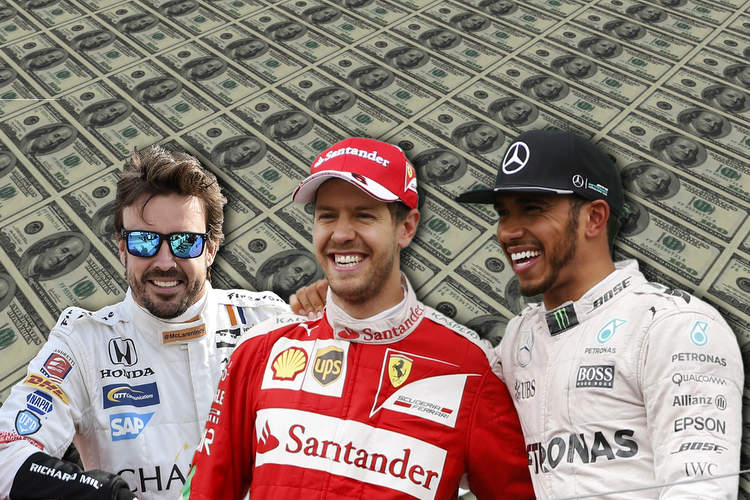 Lewis Hamilton, Sebastian Vettel and Fernando Alonso have all made it into the top twenty of the 2017 Forbes highest earners in sport, this year’s highest earner being Cristiano Ronaldo.

In tenth place on the list is Mercedes driver Hamilton, the highest earning driver in Formula 1 and the whole of motorsport for that matter. In 2017, the Mercedes driver will bank $38-million thanks to his contract with the team, plus an extra $8-million for personal endorsements.

Ferrari paid Vettel $38-million for his services this year, the same amount as Hamilton earns from Mercedes. But the German only has $500,000 in personal endorsements which puts him 14th on the list, while earning several million dollars less than his English rival.

Fernando Alonso, who has not won a Formula 1 race since the 2013 Spanish Grand Prix, was paid $34-million by McLaren on top of which the Spaniard bolstered the amount with $2-million in personal endorsements. He is 20th on the list.

Between them the trio have amassed nine Formula 1 titles in the past dozen years and are considered the pre-eminent drivers of this era.

No other racing driver featured in the top twenty top earners in sport this year.

Notably Ronaldo, who topped the list for the second consecutive year, banked $93-million which is double what Hamilton earned.