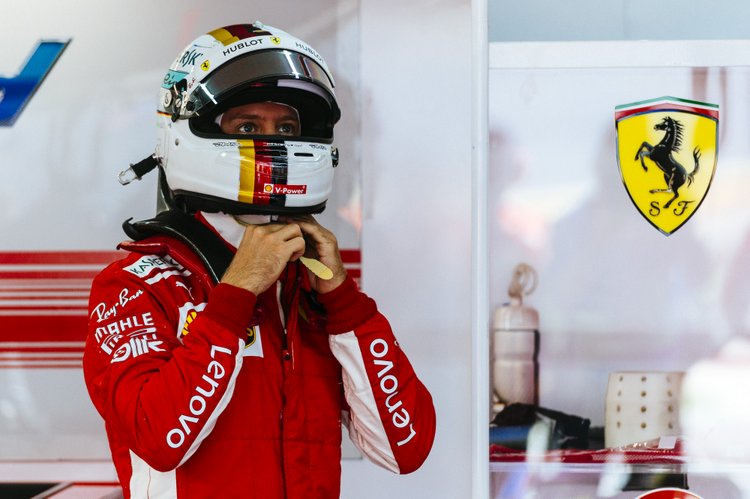 After the race, Vettel was quick to put up his hand and declare mea culpa but that has done little to pacify the media disdain that has prevailed in the aftermath of the race at Circuit Paul Ricard.

The four times F1 world champion admitted immediately after the race, “It was my mistake. I tried to brake early and get out of it but I had no room.”

Ferrari F1 chief Maurizio Arrivabene did not criticise his driver after the race but rued the missed opportunity, “It was a shame about the accident at the start, which meant we couldn’t show what we could really do.”

On Monday the heavy hitters of the Italian media were not impressed:

La Gazzetta dello Sport: “Vettel committed amateur errors and this time the consequences were serious. Despite an excellent car, this is a wasted opportunity for Ferrari.”

La Repubblica: “Vettel makes mistakes which he cannot afford if he wants to win another world championship title.”

La Stampa: “It was a great catch-up drive but his impulsiveness cost him ten points.”

Autosprint: “It was a mistake by Vettel no question. The mistake was in the incorrect handling of the pressure on the brake at the time of steering.”

More toned down was Ferrari insider Leo Turrini who explained the impact of the error, “He made a mistake at the start and paid for it dearly.”

“It annoys me a lot but we will never know, thanks to this own goal, to what extent the Ferrari would have compared with Mercedes who were in possession of the new engine. Also how the tyre strategies would have panned out,” added Turrini.

Vettel is no stranger to first lap incidents, he is often involved in the big ones – last year’s Singapore Grand Prix start fiasco springs to mind among several others since then – a suggestion which was put to race winner Lewis Hamilton who went on the defensive on behalf of his rival.

Even Max Verstappen refused to criticise the Ferrari driver and, despite taking a dig at his own critics, the Dutchman put it down to a mistake which all drivers make.

Vettel was given a five seconds stop and go penalty for causing the incident which he served during his pit stop, thereafter he drove a strong race and recovered to finish fifth, but he lost the one point championship lead he enjoyed before the race in France and now trails by 14 points as the circus heads to Austria.

Mercedes F1 chairman Niki Lauda had a rant after the race, questioning the leniency of the penalty which also compromised Valtteri Bottas who was tagged by the Ferrari of Vettel. The Finn suffered a puncture and limped back to the pits, his race compromised.

For Vettel, it is a blow for his title chances because Mercedes took a big step forward with their updated package and the German’s shenanigans cost them a sure podium if not a victory.

Every slip up will be severely punished when they tally the points at the end of the season, Vettel may look back on France with great regret.

Big Question: Why is Seb involved in so many first lap incidents?