Tales of dissent, strikes and chocolate bars at McLaren 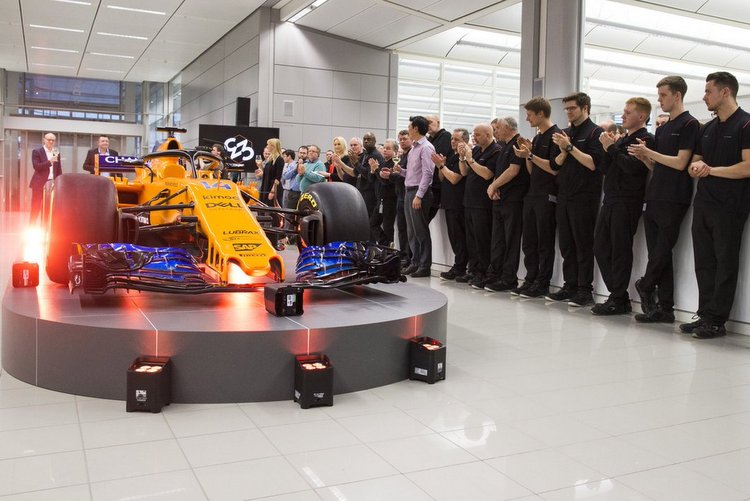 McLaren’s woeful season on track is in the process of imploding off track as well with a new report suggesting there is an angry mood, coupled to growing dissent among the rank and file of the beleaguered team.

Steeped in history and success, McLaren are enduring the worst spell in their history and the relentless lack of success appears to be impacting the workforce who according to the Daly Mail are close to going on strike.

Disgruntled McLaren workers, disgruntled with the plight of their team, contacted Sportsmail directly to describe the state of affairs: “McLaren’s staff are considering strike action after being rewarded for their hard work with a chocolate bar each.”

“Irate workers have contacted Sportsmail to complain about the atmosphere within the struggling team, describing it as toxic and their bosses as clueless.”

The report quotes an anonymous McLaren staffer saying, “We have been working all hours of the day, sweating blood, and they give us 25p Freddo bars.”

“That shows how clueless they are. They told us at the post-Canadian Grand Prix debrief that they knew what was wrong with the car but not how to fix it. They ask us when they are on six-figure salaries.”

“Some of them just walk about chatting. We have no respect for them. People are beginning to boycott the debriefs because they are a joke. The atmosphere is toxic. We would like to go on strike but people fear for their jobs,” added the staff source.”

The report adds: “The anonymous source claimed executives even appealed to staff to build prototypes out of wood if they had any ideas how to improve their sub-standard car.”

McLaren, whose last of 182 grand prix victories came five years ago at the 2012 Brazilian Grand Prix, insist, “McLaren has one of the most loyal and long-serving staff in the entire motorsport industry.

As for the chocolaty bars, “Our team leaders are free to reward their staff with spontaneous, thoughtful and fun gifts whenever they feel that a job or task is worthy of extra recognition and reward. This was just such an example, alongside so many others that happen on a daily basis.”

The latest revelation by team insiders is the second report regarding the mood on the ‘garage floor’ at Woking, last week former team principal Martin Whitmarsh blew the whistle on what appears to be growing discontent permeating through the pristine MTC edifice.

For now, McLaren are officially denying that there is ‘talk of a revolution’ at the team, however, team chiefs have yet to put their name to a comment on the matter.