Whitmarsh: A number of McLaren main figures have to go 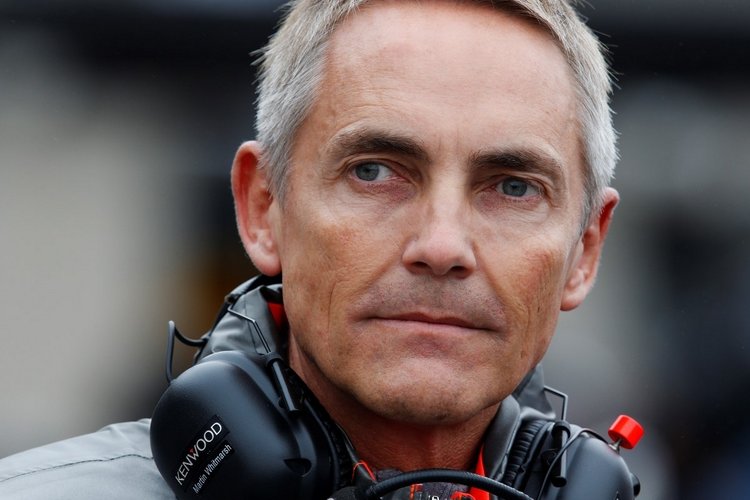 A report has emerged claiming that a staff led revolt is either brewing or underway at McLaren, with disgruntled employees set to reach out to former team principal Martin Whitmarsh.

As it turns out Whitmarsh himself is disenchanted and concerned about the future of the team he is still passionate about and thus more than keen to help his former team in this time of crisis and part of that solution is axing some of the current management heavy hitters.

Whitmarsh, who was team principal at Woking for five years, confirmed that he has previously been approached by disgruntled staff since new chief Zak Brown took over at the helm. In September last year, this site reported that dissent was brewing in the corridors of the MTC.

“People at McLaren said they would send me a letter about the situation. I told them not to send it to me, but to Mansour,” revealed Whitmarsh who said that an anonymous letter was sent last year to the board.

McLaren are at the lowest point in their illustrious history, a much-vaunted change to Renault customer engines not only cost them around $70-million, which Honda reported injected into the F1 operation each year but has not returned them to the sharp end of the grid – ironically around the same level of the Honda-powered Toro Rosso outfit.

The Sportmail report claims Brown and lieutenant Eric Boullier are increasingly marginalised by staff at the factory, while the vision to take the brand beyond Formula 1 in a works capacity, as the Formula 1 programme is in tatters, is being questioned.

Whitmarsh revealed that he recently met with his former boss, McLaren’s long-time shareholder, Mansour Ojjeh and describes how he had a go about the state of affairs at his former team, “I piled in a little bit. I love the team and I am desperately sad to see what it has become.”

“It needs a big change of approach. There is too much politics between the main figures. I think a number of them have to go. I have explained my view to Mansour and it is for the shareholders to decide what to do.”

“The team used to be all about winning in Formula 1. Now they are looking at other avenues — going to race in IndyCar and Le Mans, for example. They are great things in themselves, but McLaren going in that direction, rather than making grand prix racing their sole priority, makes me shudder.”

“I live locally and I bump into friends who work at McLaren. They are disappointed with what is happening and remonstrate with me.”

Senior engineer Tim Goss was made the fall guy for the team’s ill fortunes, a turn of events that clearly surprised Whitmarsh, “Tim Goss’s departure pitched me over the edge.”

“Tim has a fantastic intellect and is a hard-working, non-political, value-adding member of the team. He was scapegoated. He may not have all the answers, but he would work on a solution from first principles.”

“If a delegation showed up at my door, I wouldn’t turn them away. They know where I am,” added Whitmarsh who is spending this weekend at Le Mans keeping tabs on his former driver Jenson Button and McLaren’s Fernando Alonso at the 86th edition of the legendary French race.

The Sportsmail report added: “Patience broke earlier in the week when racing director Eric Boullier led the usual post-race debrief in the Woking factory at which it was admitted they were at a loss to explain the car’s lack of performance.”

“Members of the shop floor were so furious at what they saw as the incompetence of their leaders that they plan to enlist Whitmarsh’s support as a last-ditch attempt to help turn around the ailing team.”

A source told the Sportsmail reporter: “Enough is enough. A delegation is being pulled together.”

Big Question: Can Whitmarsh revive McLaren and who has to go?