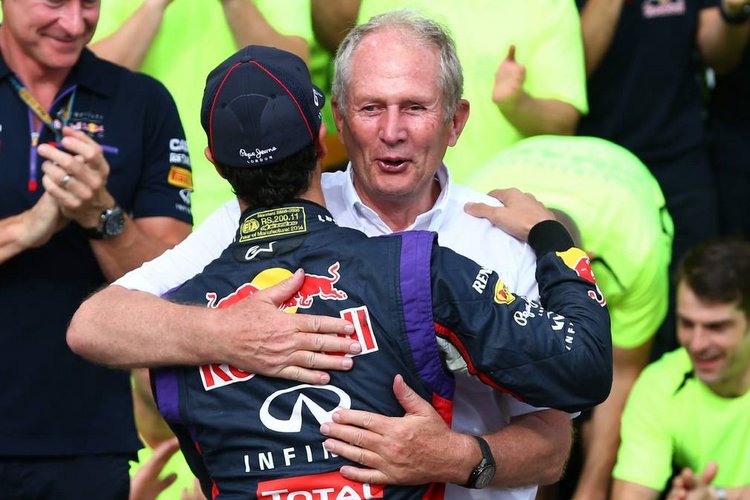 Reports have emerged in Germany claiming that Daniel Ricciardo has been offered a multi-year deal to race for McLaren when his contract runs out with Red Bull at the end of the year.

The Australian is in the throes of a strong season in which mature drives have pocketed him two victories in seven races, his stock is at the highest it has ever been and with seats supposedly open at Ferrari and Mercedes he is now the hottest property on the driver market.

Now, Sport Bild reports that McLaren have offered Ricciardo a $20-million per year deal which would put him up there with the big earners in the sport.

Currently the 28-year-old is on $6-million per year from Red Bull, while his younger teammate Max Verstappen is pocketing $10-million.

This latest development comes hot on the heels of Red Bull confirming a split with Renault and announcing their partnership Honda from 2019 for at least two years.

It also follows Fernando Alonso’s victory at Le Mans with Toyota at Le Mans and talk that he is contemplating a move to Indycar in his quest for the Triple Crown of Motorsport.

Ricciardo has been biding his time to see how the landscape pans out and will be pondering his future in the wake of the Red Bull and Honda union.

His decision is: to either stay with the team that has fostered his career are winning at the highest level or move to McLaren in the state that the once mighty team is now in but at the same time bank a hefty pay packet for his services.

Red Bull advisor Helmut Marko knows that their driver has the high ground, “Daniel Ricciardo is the king of the market.”

“McLaren offers him more money every week, but above all some people in Mercedes would absolutely want him to join their team,” revealed Marko.

Marko has made no secret that he believes Mercedes and Ferrari would not provide Ricciardo with equal tools to Lewis Hamilton and Sebastian Vettel to get the job done. No doubt a theory he has pounded relentlessly into the Aussie’s ear.

This reported McLaren offer ups the ante of an interesting poker game, the result of which will have a telling impact on the future of some pretty big Formula 1 teams. Should Ricciardo accept then some interesting questions arise:

Intriguing times lie ahead as Formula 1 readies for a substantial shift in the balance of power that has existed in Formula 1 for the past decade, with Ricciardo now the next piece of the puzzle.

Big Question: What is best for Daniel?