Williams: Over my dead body we will become like Tyrrell 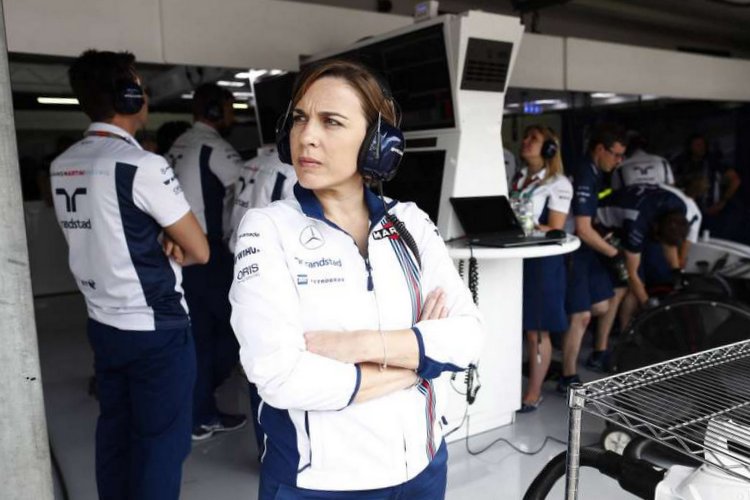 Amid a woeful start to the 2018 Formula 1 season, Williams deputy team principal Claire Williams is adamant that her team will not go the way of the now defunct world championship winning teams that once competed in Formula 1 at the highest level.

Tyrrell, Brabham and Lotus were once great teams that have disappeared and only their proud legacy remains. Of these so-called ‘garagistes’ only Williams and McLaren survive.

Interestingly in 1998 big Ken Tyrrell, who oversaw his team’s huge success in the seventies, sold the outfit to British American Tobacco who entered the team as British American Racing (BAR) in Formula 1.

The team then morphed into Honda before it was sold to Ross Brawn in 2009. His team, with Mercedes power, won the F1 world championship that year with Jenson Button claiming the drivers’ title and Rubens Barrichello helping them to the constructors’ title that year.

In 2010 Mercedes bought the team from Brawn and within a few years it had become the dominant force in the sport, Tyrrell now a distant memory.

In a wide-ranging interview with the official F1 site, Williams declared, “If people think we don’t have a plan and we are going the way of Tyrrell, they will be sorely mistaken. That will be over my dead body.”

“There is a lot of fight in me and the rest of the team. We have a plan and clear ambitions. You may have a bad year, but it’s what you do in response that counts.”

But the reality is that the team have fallen down the pecking order, and their plight this year seems destined to play out on the wrong side of the grid.

Williams acknowledged, “Obviously, it’s not been the start that we’d hoped for, and maybe we’d come into it with a bit of blind positivity, almost, believing we could turn things around in a greater way than we actually had.”

“We also made a lot of changes and brought new people into the team last year and maybe our expectations of what they could deliver in the timescale was exaggerated. And equally we should have done better and we all put our hands up to that, because everyone is accountable for that at Williams, and for where we are.”

“But I do believe that sometimes you almost need to hit rock bottom to make you address the areas that you may have papered over previously, and probably that’s what’s happened at Williams in the past few years. We have identified the issues and where we can deliver performance.”

“Paddy and his team have done a fantastic job in identifying the areas to build into that project and to roll it out to the rest of the team so everybody knows what that mission is and what the expectations and targets are.”

“That’s really important, and fundamental honesty even more so. I think this has been a wake-up call, because we are all guilty of resting on our laurels sometimes.”

“Williams are a big team now with nearly 700 people, a huge campus, there’s a lot of resource and equipment in there, and turning it round isn’t the work of a moment, unfortunately.”

“And anyone who thinks: Oh, you’ve had a bad year but you’ll be back up fighting at the top again is naive. You have to adjust your expectations, which we have, and that’s kind of a bitter pill to swallow because we want to be in Formula 1 to win races.”

“But we need to galvanise now and go into a period of rebuilding, and that is going to take some time. There is no quick-fix silver bullet, and we just have to work together, be honest about our issues and face them head-on. Yet there’s a sense of urgency. You can’t just go through the process at temperate speed, you have to grab it and run with it, and do it as quickly as you can without making any mistakes or panicking.”

Williams’ scored their last win, of 114 Formula 1 victories, at the 2012 Spanish Grand Prix with Pastor Maldonado celebrating on the top step of the podium. But the days of regular triumphs have all but dried up.

Williams continued, “I feel a real responsibility and sense of duty to give something back to this team. We’ve been so privileged to have been born into Williams and to live a life within this magical sport. Williams and F1 have given a lot to our family, and the team have been its centre. For me, these last few years have been heart-breaking.”

“I am actually really impressed by the attitude that we have here today. Rather than one of a team demoralised and broken, there seems to be a real shot of energy that this situation has made into the arms of everybody working here.”

“There is real enthusiasm and drive to fix it that I haven’t seen in my time as DTP, so I’m really enthused by that. And all you can have is faith in your people, that they have identified the problems correctly, and that there is a plan in place to rectify them. It’s my job to give them everything they need in order to do that.

“And I believe that we have got the best people in place to deliver it, and we’ll just need time in order to do that. I’m not going into granular details – this area is wrong and that area is wrong and this fix will bring us X tenths…” added Williams.

The team that Sir Frank Williams created made its debut at the 1977 Spanish Grand Prix and since then has made 689 starts, winning 114 times, claimed nine constructors’ titles and seven drivers’ titles.

Big Question: Will the Williams team be great again?