The editor of Grand Prix 247 and other stuff… 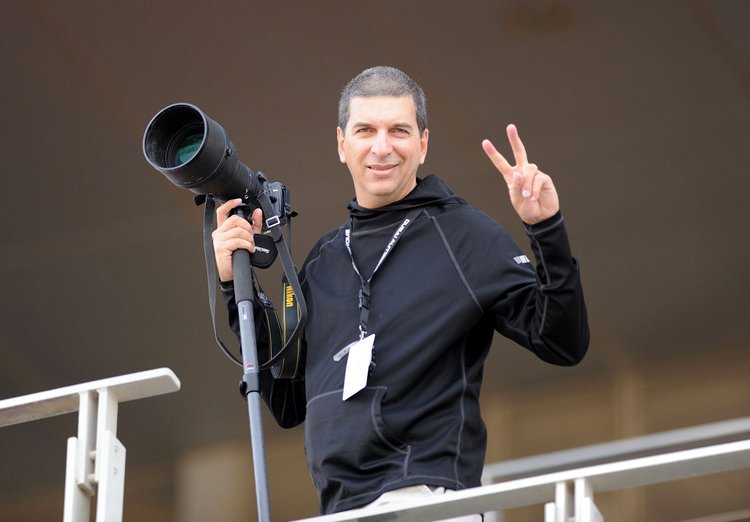 Grand Prix 247 is a website owned and operated by me, Paul Velasco – a photographer with a lifelong passion for Formula 1 – who has followed motorsport since 1973.

I am not a journalist in the true sense of the word, just a guy who pretends to be a writer and has the means to run this website. In other words, I do it because I want to and because I can.

My background is photography, photojournalism to be more precise.

I love sports photography and motorsport in particular. I had the good fortune of covering Formula 1 since the eighties as a photographer, spending three years in the late eighties and nineties covering the sport first for Jeff Hutchinson’s International Press Agency (IPA) which handled the Marlboro F1 and MotoGP account back in the day and later as a motorsport specialist photographer for Reuters.

An unfortunate encounter during the 1991 British Grand Prix with a certain Pasquale Lattuneddu – Bernie Ecclestone’s right-hand lackey – which ended with him getting a punch on the nose, marked the start of the end of my career in Formula 1.

My credential was revoked by none other than Bernie himself who summoned me to his motorhome for a good old dressing down, headmaster style.. a proper bollocking in other words. I just stood there nodding and “Yes, Mr Ecclestone, yes Mr Ecclesone etc etc.”

However, some nifty behind-the-scenes negotiations between the F1 boss and my employers at the time meant that I got my permanent pass back.

The cool thing is Ayrton Senna (who I was obliged to photograph due to my deal with IPA/Marlboro( actually asked me what happened with Pasquale and when I explained he said he deserved it.

Not long after I received a great Marlboro jacket from Agnes Carlier who was the Marlboro PR lady in those days.

But that is a story for another day…

Alas, when I returned to the paddock – at the German Grand Prix that same year – the thrill had gone out of being in that piranha pool and with South Africa burning at the time it was a no-brainer to return home to cover a far more important matter. It was a calling that I answered.

In a nutshell, since then I covered the end of apartheid while going on assignment to war-torn areas around Africa to cover the quandary of the innocent and suffering, as photojournalists did at the time.

Thereafter, I went on to become the photo editor at the Sowetan – the largest newspaper in Johannesburg – and in 2004 accepted a position of photo director at Gulf News, Dubai’s most prominent newspaper.

Fast forward to 2009, I decided to start YallaF1.com as I felt a desire to report about Formula 1 which at the time, and to this day, is (in my opinion) ill-served by the current generation of media.

The site morphed into Grand Prix 247 and grew and grew and still grows. The growth has coincided with more and more people commenting on the reports that are published on here. Mostly cool people with similar interests, but alas and inevitably a handful of trolls who stir up trouble.

These are weeded out from time-to-time when the need arises and as a result, the place has a decent community of enthusiasts who share their thoughts on these pages.

Generally peace and harmony prevails despite the spectrum of passions this great sport of ours conjures.

Mostly I ignore disparaging comments, although at times I just want to switch them off forever but do not because there is a loyal readership base that appreciate this site for what it is and their input and views on what is published are worth being in the public domain.

But then very occasionally we get the ‘too smart folk’ who come on here and think they have a right to slam what is being done here. As if this is some big publishing house or whatever they think, but fortunately I can ban these affected souls.

What prompted this post was this comment by some guy named Dale: “Was this written by an adult who uses English as a first language?”

Now that got under my skin…

So here you have me a photographer, not trained as a writer spewing out F1 related content on a daily basis. For sure there are grammatical errors, stuff that does not make sense at times and silly mistakes. So be it. Take it or leave it.

English is my first language, but writing is not my first skill.

Finally, allow me to put the record staright for those who don’t know how this site works:

Daily I collate stories from the most reliable F1 websites/ sources out there and, like my peers, I grab the public domain quotes and from these put out reports of interest to readers.

These reports, because the quotes are not exclusively obtained by me, are credited Editor – becase that’s what I do edit content for the site.

If I have my own pearls of wisdom to spew forth to the masses then the byline Paul Velasco pops up every now and then. But to be honest most of my time is spent collating info and editing reports from the various sources – hence the Editor.

A link to the sources appears on the foot of every post on this site.

The site also provides a platform for the likes of Peter Burns to write from his vast archive of experience, Iman Hansra volunteers technical contributions, even Marc Priestley wrote for us at some point. But mostly writers come and go because they are not paid. And we have had many, including writers from our own pool of readers.

Reuters and Getty Images are paid for services as are the occasional AFP and Associated Press reports.

That is how this site rolls, take it or leave it.

If you want great journalism maybe you can find it elsewhere. I always reccomend Joe Saward because he is the Big Daddy of independent F1 journos, James Allen is also another good one, Dieter Rencken is also a good read because he tries to tackle hot potato issues that others fear to touch – the problem is he writes for that Motorspurt (not a typo) mafia.

As for websites, well these are few and far between – I like F1i and Racer. Motorspurt Network have colonised just about every F1 website, but I wonder who is actually pulling the strings. They remind me of state run media that I have encountered during various stages in my career…

On this site do not expect to find beautiful prose and award winning writing. Along the way you will typos and silly mistakes, that’s the plight of a one-man show – 90% of the content here is typed on my own keyboard – without the safety net of sub-editors and a team of people putting the news out there.

What I try to achieve here is gather as much information on F1 that I can find across multiple multi-lingual sources to present in a (semi?) legible manner for readers to stay informed. As a die-hard fan I would do it anyway even if I had no website to service, so might as well kill two birds with one stone.

If you do not appreciate the effort or find this intolerable then please go to alternative sources for your F1 news – they are only a click away.

So there we have it, for Dale and anyone else who wants to fling mud this way.