Kvyat drives Ferrari for the first time during Pirelli test 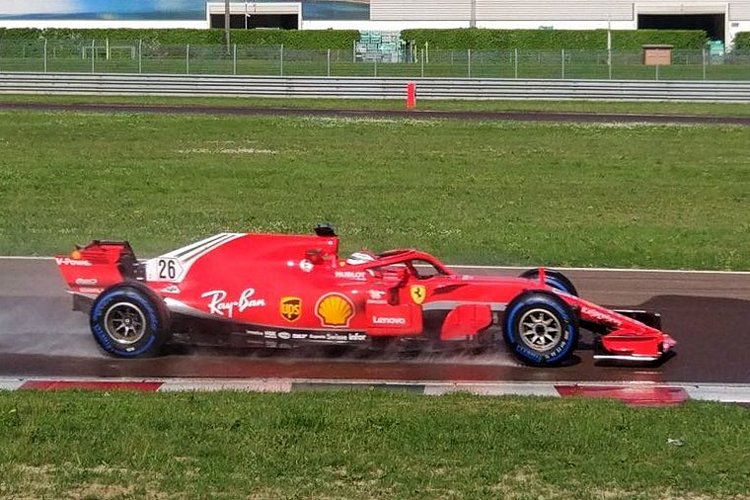 Ousted Red Bull driver finally made his 2018 Formula 1 debut when he tested for the Ferrari team, for the first time at Fiorano, during a Pirelli wet weather test.

Kvyat, who was ejected from the Red Bull driver programme last year, making way at Toro Rosso for Brendon Hartley late last year, was snapped up by Ferrari as test driver alongside Antonio Giovinazzi.

Since then the Russian driver has been hard at work focussed on the team’s simulator at Maranello.

Last week the pair were in action at Fiorano, Giovinazzi doing duty on Thursday and Kvyat taking over the cockpit the following day, completing 118 laps at the Ferrari test track in ‘wet’ conditions.

With Europe enjoying sunshine and high temperatures for the past week, the only problem was keeping the track damp enough to mimic the wet conditions that were required to test the Pirelli intermediate and wet weather rubber.

Kvyat, sporting number 26 on the car, was reportedly flawless during his time in the cockpit, while Giovinazzi spun off during his stint but without damage to the 2018-spec car.

The Italian will return to action for Ferrari and Sauber at the collective team testing scheduled for mid-May, while Kvyat’s next outing for the team is unknown.