Danica Patrick: Formula 1 was all I thought about doing 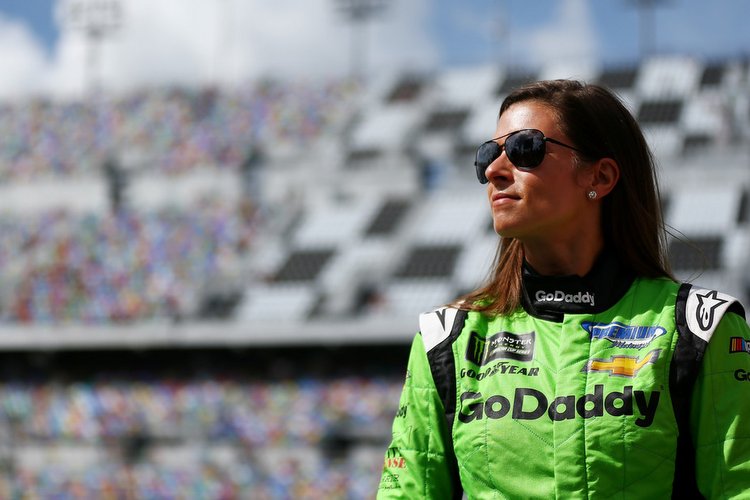 Danica Patrick may soon no longer be a race car driver but the only woman to win an IndyCar race remains as driven as ever as she speeds towards one last Indianapolis 500 and the end of a ground-breaking career in which Formula 1 was an early dream that fizzled out.

Patrick will bring her career full circle on the Indianapolis Motor Speedway’s famed oval on May 27 when she climbs into the cockpit of her electric green GoDaddy liveried Chevrolet one last time as one of North America and the world’s most recognisable athletes takes a final bow.

“I’ve always said that I hope people remember me as a great driver and a woman. I hope it’s in that order,” 36-year-old Patrick told Reuters on Wednesday. “I hope it’s one of those stories where they are like she was awesome and a girl and it was cool to see something like that, something unique and different.

“I don’t want them to not remember that I was a girl. I’m here largely because I am woman, I just try to lead by example.”

“It’s a tough subject because I think people expect, want me to be an advocate for women in a certain way but really I am just about people achieving their highest potential.”

While Patrick is routinely viewed as a pioneer and a standard bearer for women’s causes she sees herself as more of an inspirational figure than an advocate. On the racetrack, however, Patrick is simply another racer.

She established herself as an elite driver and fierce competitor in IndyCar, blazing a path to the winner’s circle when she took the checkered flag at a race in Japan in 2008.

But it was the Indy 500 where the diminutive driver loomed large by taking third in 2009, the best result ever at the Brickyard for a woman driver.

Patrick was never able to match that result in NASCAR despite driving for Stewart-Haas Racing, one of the top teams. She competed in almost 200 NASCAR races but never found Victory Lane, her best result being sixth at Atlanta in 2014.

“I still fought really hard, they are still both difficult but as far as tangible results that people understand IndyCar went better so for that I loved it.”

As for the Formula 1 dream she pursued early on in her career, she said, “I lived in England for a few years and F1 was all I thought about doing, but to be honest when I came back home to the States I thought this is where I want to be.”

In 2014 there was speculation she would slot into the nascent Haas F1 team, but Patrick was realistic when she said at the time, “Out of respect for Gene, if he came to me I would certainly listen, but I am almost getting too old to start a third career.”

Former F1 chief Bernie Ecclestone – a big fan of hers – was always keen to add her to the grid, “There should be no reason why not, providing that we find a team to take her. Danica would be good to have with one of the teams.”

“All the things that people worry about – whether a woman can cope with the G-forces and all that – she has proven that she can. She’s been there and done it.”

“What I think – and I cannot blame her for it – is that she will hardly want to give up the exposure she has in the U.S. to come here and maybe not make it,” added Ecclestone.

Which ultimately echoed Patrick’s own thoughts, “Honestly, I’ve always said that unless it would be something that I’d want to do for real, as in race a Formula One car, I don’t see any point in testing it.”

“It’s a lot of work to get fitted in the car comfortable enough to be able to go drive it. Then as a driver, for me at least, I run the risk of: What if it doesn’t go well? Then people judge me for that. Unless it was something I was really serious, I wouldn’t do,” explained Patrick.

Although Patrick will be getting out of the race car, she will not be slowing down.

One of the most marketable athletes in North America, she has been able to turn her fame and passions into businesses. She is an author, has her own wine and clothing line and a growing interest in yoga and fitness.

What Patrick is not interested in is starting her own race team like one of her fellow trailblazers Sarah Fisher but she does plan on staying involved with her sport and did not completely rule out the possibility of getting back into the cockpit.

“I’m never going to say never,” Patrick said. “Long answer short I don’t see myself in any capacity staying and racing in a significant way.”

“Always be supportive and watch and be curious but I don’t see myself owning a team or touring, it’s just not in my nature.”

“I’d like to inspire people from the heart so that they were driven from the inside and help them generate confidence in themselves or by taking care of themselves,” Patrick added. “One of the things that I’ve done my whole life and I get this from my dad, I’ve always just been a dreamer.”

Big Question: Would Patrick have been a success in F1 with the right package?