Hamilton: Ferrari are going to be hard to beat 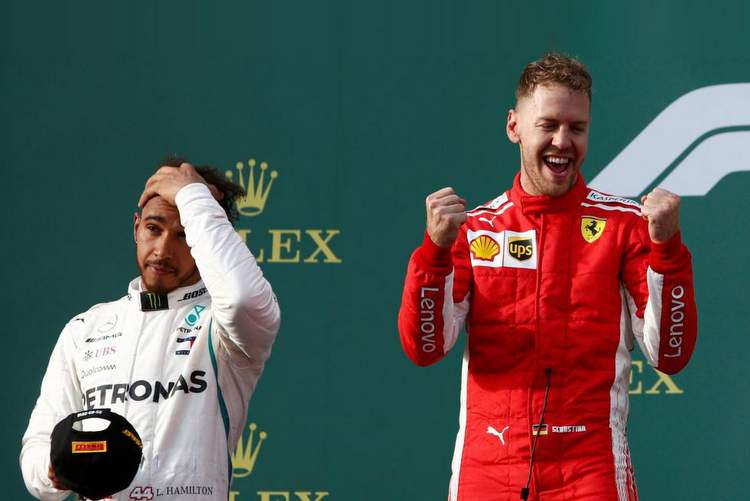 Lewis Hamilton has yet to win a grand prix this season while his archrival has already bagged two victories and the world champion heads to round three in China on the backfoot as he believes that at this stage of the championship Ferrari have the faster car.

Hamilton who finished second at the season opener in Melbourne and third in Bahrain, he heads to China looking for a sixth win at the venue. No other driver has won at the venue more than twice.

“They are going to be hard to beat,” Hamilton told reporters in Shanghai, “Their straight-line speed in the last few races has been faster than ours and we have the longest straights here. So I’m anticipating they will be very, very fast and hard to beat.”

“They are faster than us on the straights and as quick as us through the corners. Their engine programme has really taken a big step this season. It will be interesting to see how their reliability will be – as it will be for Renault and us.”

“I still believe we are the best team. We definitely have the potential to win races and to fight for this championship. But what’s important is that we all stay on our toes.”

“We all need to be performing at our utmost and it’s even more crucial this year as it’s magnified because we are so close. Ferrari are really performing well – and both Kimi [Raikkonen] and Sebastian are performing really well.”

“I think it’s a tougher season than last year. Ferrari have got a very fast car and there are millimetres between us.”

For Mercedes victory in China, or at least beating Vettel, is vital to avert what could be a crisis of performance early on in the season.

But Hamilton played down such concerns, “I know we will improve. It’s not like it’s terrible, it’s just that we can improve and those improvements will help us win races.”