Ricciardo: Our sport sometimes rips your heart out 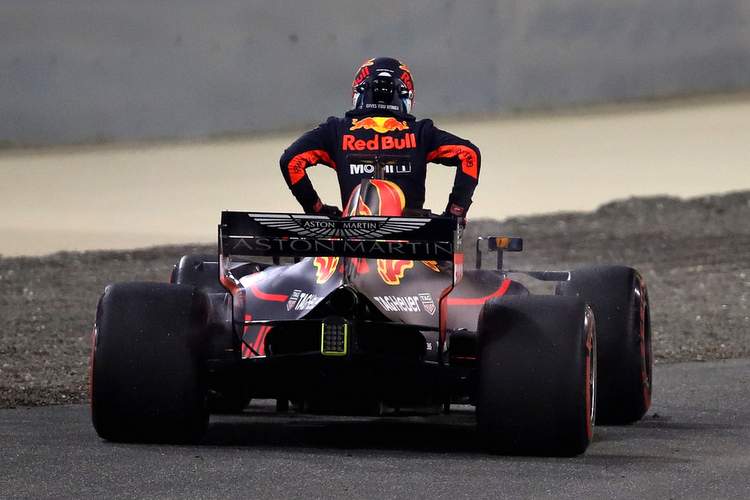 Daniel Ricciardo said he felt like his heart had been ripped out of his body after what he called a ‘brutal’ early retirement from the Bahrain Grand Prix, when a strong result was expected from Red Bull on the day.

The Australian, who lasted only two laps at the Sakhir circuit, has now failed to finish four of his last six races.

“I lost all power. It seemed like a battery electrical problem,” said Ricciardo of his car’s sudden failure. “Everything switched off and I couldn’t do anything…It’s just the harsh reality of our sport sometimes that rips your heart out. I love it and then I hate it.”

The team had a double disappointment to contend with when Max Verstappen also had to retire following a collision with Mercedes’ world champion Lewis Hamilton.

Verstappen lasted three laps longer than Ricciardo before retiring with gearbox damage as a result of having to drive an entire lap on three wheels and a damaged rim after the impact with the Briton.

“Going into the corner I was ahead and then of course you always try to squeeze each other a bit,” said the 20-year-old of the incident. “He drove into my left rear and gave me a puncture and also destroyed the differential.”

Red Bull team boss Christian Horner agreed it had been a brutally frustrating race, “Daniel commented that even in the two laps that he was able to do, he was able to close pretty comfortably on Kimi.”

“And Max…the fact that he was on the same tyre that he used to line up and pass Lewis, showed that the potential was really there.”

Verstappen had started 15th, after crashing out in qualifying, but was attempting a pass on Hamilton for 10th at the beginning of the second lap.

Ricciardo, who had qualified fifth but started fourth after Hamilton dropped five places on the grid, had been the man leading Red Bull’s charge.

The 28-year-old didn’t have the pace to fight for pole position but his deficit to Ferrari’s Sebastian Vettel, the ultimate race winner, was a relatively narrow four-tenths of a second.

Red Bull, who are hoping to make it a three-way battle for the championship this year with Mercedes and Ferrari, were confident they could be in the fight and Ricciardo was particularly fired up.

“I just felt like we were going to be in with a good chance today,” he said. “Being out so early in the race is just the worst feeling: especially when it’s a night race and you are up all day waiting for those two hours and after two minutes it’s over.”