Magnussen: Proud of our team and the pit stop guys 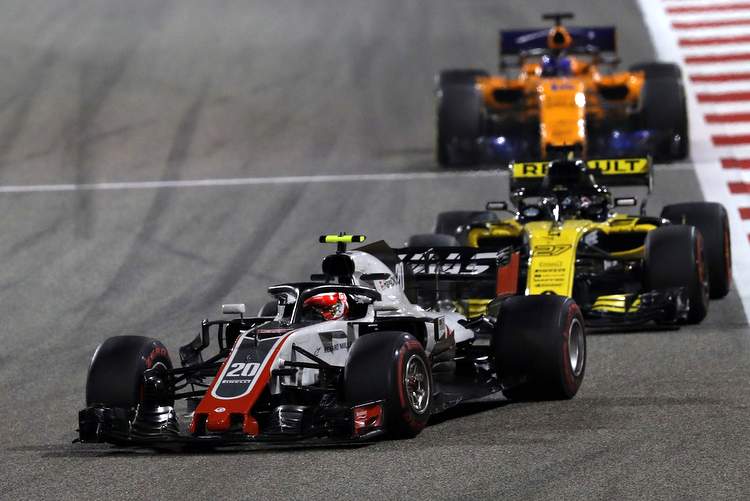 The Haas team put distance between them and their Australian Grand Prix disappointment by executing faultless pitstops and as a result, Kevin Magnussen rewarded them with fifth place in the Bahrain Grand Prix.

The Haas crew would have been forgiven a case of nerves in the shadow of the Melbourne fiasco, but they did not falter under pressure.

Magnussen acknowledged, “I’m proud of the guys and the team, but especially the guys in the pit stop. They reset their minds and got back to basics – and they delivered beautiful pit stops today.”

“It wasn’t quite a P4, but nearly. P5 is still a good result – it’s 10 points and after a bad time since Australia it was nice to get some points, a good result and to get the championship going.”

“It’s our job to keep up this performance and this level. It’s not easy – we have a very tight midfield and it’s extremely competitive so we have to keep pushing and we cannot stand still,” added Magnussen.

But it was not an evening without niggle as Magnussen battled to get by teammate Romain Grosjean at a point in the race when they were on different strategies and the Dane quicker.

Magnussen was not happy with the situation and was reluctant to comment about the incident, but acknowledged, “We need to talk about that…”

Grosjean was unable to match his Haas teammate all weekend, his cause was not helped when his car sustained damage to its bargeboard. He finished 15th, way behind Magnussen ending an unhappy race for the Frenchman.