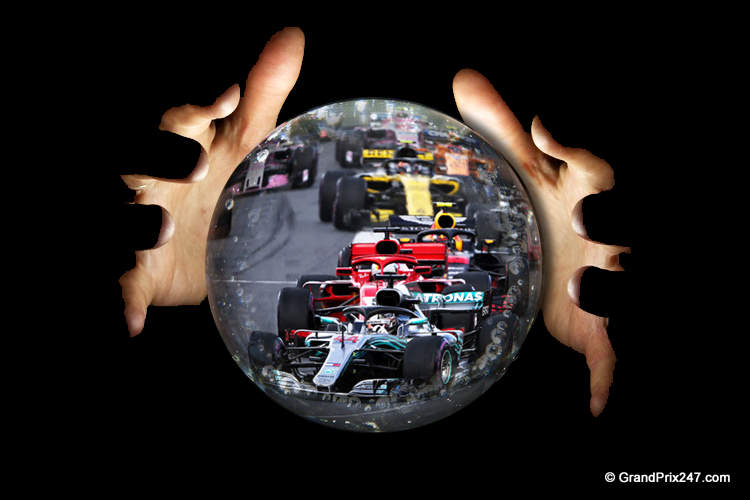 Formula 1’s commercial rights holders Liberty Media met teams and the governing International Automobile Federation in Bahrain on Friday to present their vision of Formula 1 which would come into effect at the start of 2021.

The following are some of the reactions to the presentation by Chase Carey and his team:

Ross Brawn, Formula 1 managing director for motorsport: “I’d say it was a very positive meeting. I think everyone, all the teams, are pleased to see the landscape laid out completely on some key elements. It’s now for the teams to come back to us with their individual views and comments and we’ll take it from there.”

Toto Wolff, Mercedes team boss: “This is a good starting point for us because now at least you can properly assess it, what do we like, what do we not like, what’s feasible and what’s not. It’s a starting point. But if you look into the detail, I think we need to work with Liberty and find a compromise.”

Christian Horner, Red Bull team principal: “I think really the purpose of today was outlining the blue sky thinking that the Liberty guys have. Most of it we’ve heard before, either piece-meal or through bits and pieces and I think they’ve got a very clear vision. I think there’s some really commendable stuff in there. For us now, what we’re going to be interested to know is how are they going to achieve that? The guys from fourth downwards potentially are going to get a lot of upsides. So you should see some pretty happy faces down that end of the paddock and some bigger challenges down this end of the paddock.”

Eric Boullier, McLaren Racing Director: “Our position is clear. We want our sport to be sustainable and at the same time a better show on track for the fans. It was a global discussion about everything to make Formula One a better sport, better show and still be the pinnacle of motorsport.”

Claire Williams, Williams deputy team principal: “I came back thinking let’s crack open some champagne… Everything they presented from revenue redistribution to cost caps is absolutely everything that we want to see from 2021 and beyond, so I’m personally delighted with the proposals that they laid down.”

Zak Brown, McLaren Executive Director: “We’re all going to have make varying degrees of compromises but I think we’ll ultimately get there at the end and I’m excited about the future of Formula One. I would say overall the impression is very positive and I think the direction they’re taking is the right direction. There’s obviously a lot of details, questions, but we’ll do that behind closed doors.”

Guenther Steiner, Haas team principal: “The presentation went well. For sure, everybody goes away and comes back with questions but I think we are at the point where we need to change something to attract people, to attract new fans to do what we need to do to make the sport the leading sport in the world.”

Andy Palmer, Aston Martin chief executive officer: “We are extremely pleased to hear today’s news regarding the future of Formula One. These prospective changes support many of the requirements needed for Aston Martin to enter the sport as an engine supplier. This is a very positive step in the right direction.”

Martin Brundle: “I was expecting more from the press release but in the meeting, it was probably a little bit firmer in terms of a $150-million cost cap – we don’t know if that will be a static number or when it will first come in or whether there is a ramp down. I think Ferrari get an extra $40-million because they’re Ferrari, and each engine manufacturer an extra $10m because they have to develop the engines.”

Damon Hill: “Bit of an abstract wish list but I like the part about making the driver a greater component in the performance equation. Absolutely crucial for the sporting appeal of F1.”

At the time of writing Ferrari, whose chief Sergio Marchionne was not impressed with Liberty’s presentation late last year, had yet to comment.

The next meeting between the stakeholders to take the proposal forward will take place April 17, when Formula 1 the strategy group meets again for what could be a more intense and heated discussion the one held at Sakhir circuit on Friday morning.

Big Question: What’s your view on the Liberty Media presentation?