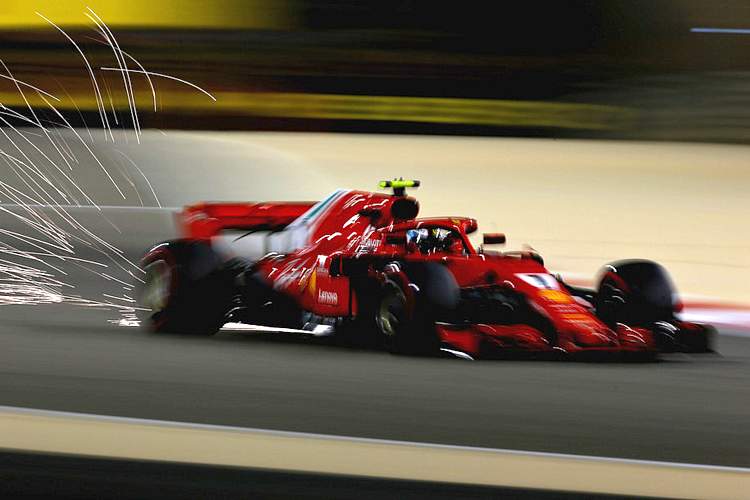 Ferrari showed their hand in the second free practice session of the Bahrain Grand Prix weekend, with Kimi Raikkonen heading teammate Sebastian Vettel on the timesheets at the end of the ninety-minute session held under floodlights at Sakhir.

Raikkonen’s best lap time of 1:29.817 was a mere one-hundredth of a second quicker than Vettel in the sister car, with Mercedes’ Valtteri Bottas third quickest albeit half a second down on the top time. Next up in fourth was Lewis Hamilton, a tenth shy of his teammate.

The only blip on the Ferrari performance was when Raikkonen was sent out with a loose right front wheel and had to park the car at the side of the track late in the session.

After their unexpected triumph at the season opener in Melbourne two weeks ago, the Reds have hit the desert ground running while Mercedes simply struggled to find the sweet spot with either car during the course of the first day.

Next up, nearly a second down on Raikkonen were the Red Bull duo of Max Verstappen and Daniel Ricciardo, also separated by less than a hundredth of a second.

Half a second down on the Red Bulls was Renault’s Nico Hulkenberg in seventh place, ahead of Pierre Gasly who surprised all with eighth place in the Toro Rosso.

Below the Honda-powered car on the timing screens were the two McLaren’s with Fernando Alonso and Stoffel Vandoorne in ninth and tenth respectively. 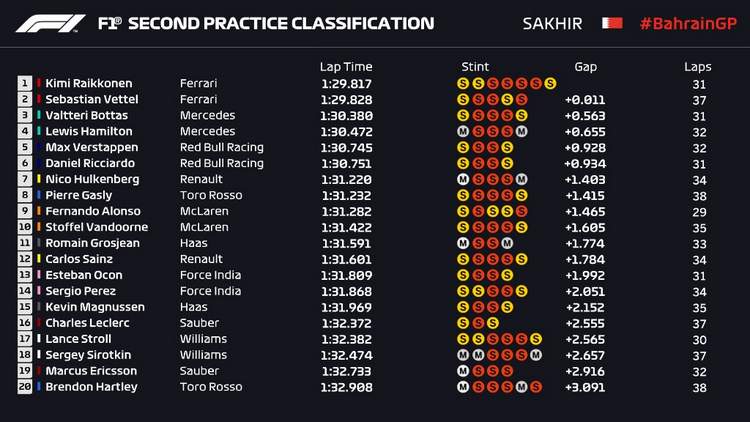