Hamilton: Ferrari were just too quick 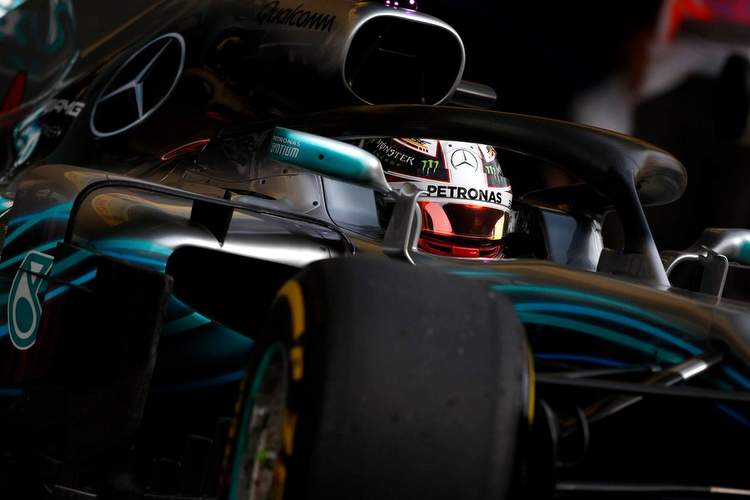 After a stellar performance in to claim pole position for the Australian Grand Prix two weeks ago, much was expected of Lewis Hamilton during qualifying in Bahrain but Mercedes their ‘party mode’ could not match Ferrari as the two teams slugged it out for the top spot on the grid.

Hamilton was already compromised heading into the evening qualy session that he would drop five places on the grid because of an engine change to his Mercedes. He is likely to start the race from ninth on the grid, while his main title and Round 1 winner rival Sebastian Vettel starts from the top spot.

With Kimi Raikkonen in second meaning that the front row on Sunday will be all Red for the first time in a while.

After qualifying, Hamilton told reporters, “The goal was to get P1 today but Ferrari were just too quick. Valtteri put in a good time at the end but I wasn’t able to capitalise on the new tyres at the end.”

“It is what it is and we will try to recover from where we are. It’s not going to be the easiest tomorrow that’s for sure. I’ll give it everything I’ve got.”

“I’ve got the softer tyre so I should be able to go longer. There are a couple of different strategies so I will try and eke out every last bit of power and strength from this car.”

However, a podium finish will be his goal to minimize the damage Vettel can inflict on race day.

Hamilton explained, “We’ve been trying to get ahead of the Ferraris, but it has been tough, they just had the pace all weekend. It wasn’t the greatest of laps from my side and Ferrari had the edge as they often do in these hotter conditions.”

“The goal for tomorrow is damage limitation,” added Hamilton who will be looking to win the Bahrain Grand Prix for a third time.

Big Question: Can Hamilton make it onto the Bahrain podium from ninth on the grid?