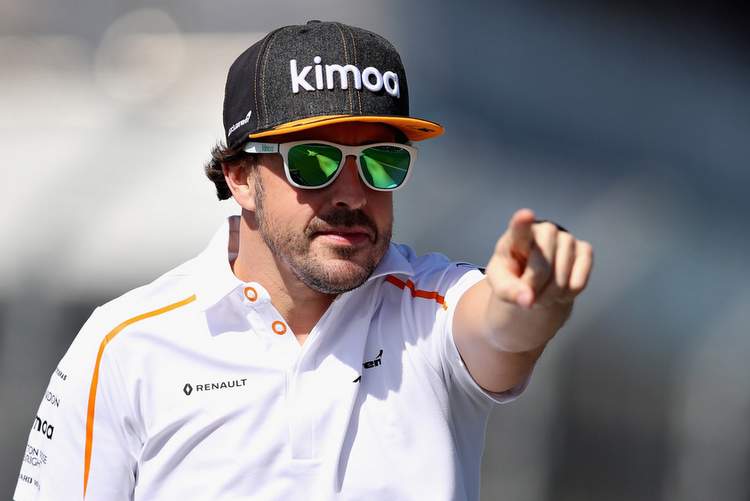 Despite the massive gulf between Formula 1 Big Three teams and the rest of the field, McLaren driver Fernando Alonso is adamant that in the next few races he will be battling out ahead of the pack and nipping at the heels of Mercedes, Red Bull and Ferrari.

After three years of utter agony and scant results, McLaren with Renault power has galvanised the Woking outfit, led by their fiery star driver who declared ahead of the Bahrain Grand Prix weekend, “Definitely it’s going to be better and better. There’s a lot of potential in the car still to unlock.”

Of the pecking order in the wake of the first race in Australia, Alonso ventured, “Right now they’re still clearly ahead of us, they’re in that exclusive group of Mercedes, Ferrari and Red Bull.”

“But McLaren is willing to enter that group and I think in the next couple of races hopefully we forget the middle group and we look forward to [be part of those] privileged three top teams. There is potential in the car, I cannot see any reason why we should not be there in the next coming races.”

After ditching Honda last year, McLaren are in the process of integrating with their new engine partner Renault.

Alonso pointed out, “We cannot forget that we decide to switch engines very late in the season so we had to redesign some of the parts that we already made at the rear end of the car.”

“I think the integration between McLaren and Renault still not at hundred percent, and in the next coming races we’ll see more and more potential,” added the Spaniard ahead of what is a ‘home’ race of sorts considering that the team’s owners are royals from Bahrain.

Team chief Eric Boullier echoed his driver, “Within a few races we will show that we are the fourth team, we have just had to delay implementation of some improvements and that is the problem we have had.”

Big Question: Are Mclaren being realistic or optimistic?