Hamilton: Important to have both cars up there 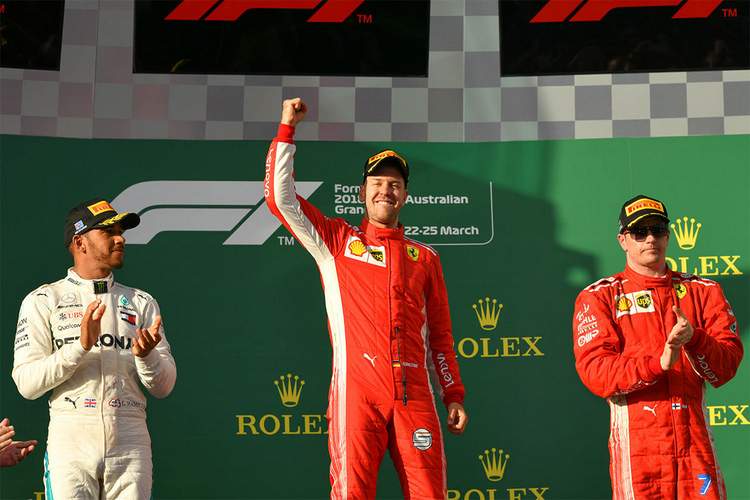 Mercedes driver Lewis Hamilton took a subtle swipe at his teammate Valtteri Bottas when he lamented the fact that he was left alone to take on the might of Ferrari duo Sebastian Vettel and Kimi Raikkonen during the season opening Australian Grand Prix.

Hamilton toiled at the sharp end all afternoon, leading the first half with ease but a strategy blunder forced him to settle for second place, sandwiched between by the Ferrari boys when the chequered flag waved to end the race.

On the other hand Bottas, in the sister Silver Arrows, was nowehere near the front, instead the Finn started down the order and had to play catch-up all day on his way to eighth place.

After the race Hamilton said, “It was one against two and it’s not easy to fight against a team that has two cars in the mix compared to one.”

The world champion nevertheless backs his teammate, “I think we’ll work together and Valtteri will be working very hard to make sure he’s in the mix and fighting with us as well.

“He’s going to be fighting for wins this year and it won’t always be as it is [in Australia]. Last year it was important to have both cars up there and now it’s shown that it’s even more important, especially with Red Bull being there and both Ferrari drivers.”

Mercedes showed handy pace throughout the opening weekend, as did Red Bull to a lesser extent, but Hamilton says he is not so sure what the pecking order is after one race, “From my experience, you don’t really get a good understanding until after four races. Right now, it’s just the first race – I have no idea.

Heading to Bahrain for the second round, the reigning world champion added, “We go to Bahrain and there’s going to be ups and downs. Ferrari are really quick on the straights, they are going to be rapid in the next race, and they are always good when it comes to hot circuits.”

“Bahrain, even though it’s a night race, is still tough on the tyres. So I really have no idea – but I can tell you it’s not going to be easy and it’s going to be close,” predicted Hamilton.

Big Question: What’s the F1 pecking order after the first round of the 2018 season?