Brawn: We want cars that allow drivers to fight on track 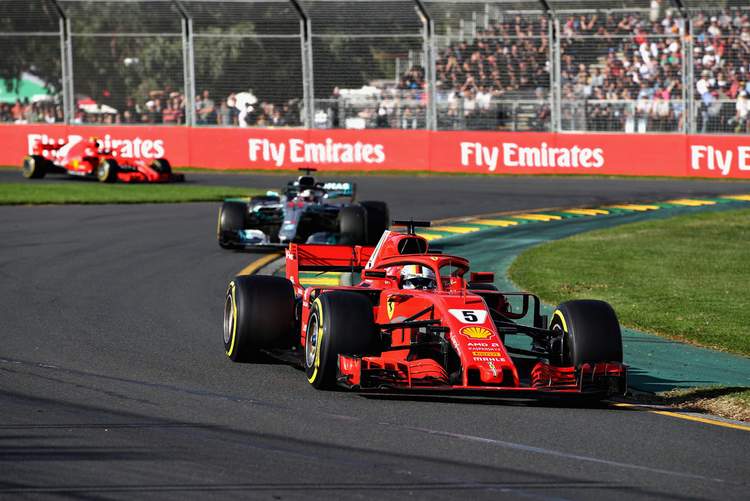 Formula 1’s 2018 Australian season-opening grand prix lacked a vital ingredient, overtaking, and it will take years to fix the problem according to the managing director for motorsports Ross Brawn in the aftermath of the weekend in Melbourne.

The former Honda, Brawn GP and Mercedes team boss said in a review of the Melbourne weekend that a fundamental rethink was needed, “Think of how much wheel-to-wheel dicing we missed out on.”

“The point is that, until we take a structured approach to the problem, we won’t really make any progress. One of our aims, which we are looking at with the (governing) FIA and the teams is that, for 2021, we want to have cars that allow drivers to really fight one another on track,” he added.

The sport is preparing for a major shake-up after 2020, when current commercial and technical agreements expire.

Brawn, who won multiple championships at Benetton and Ferrari as technical director when Michael Schumacher was dominant, said the FIA and Formula 1 were carrying out aerodynamic research using wind tunnel models and computer dynamics.

“We need to evolve a car design that achieves close to the level of performance we now see, but permits wheel-to-wheel action,” he said.

Several drivers, including Mercedes’ four-times world champion Lewis Hamilton, complained after Sunday’s race about how difficult it had been to overtake with the cars’ aerodynamics creating turbulence in their wake.

The Albert Park layout also makes it hard to get past even though this year there was a third zone where the DRS (drag reduction system) moveable rear wing flap could be used to make it easier to pass.

“My best friend was on the edge of a cliff and I couldn’t get to him to save his life today, that’s how hard it was to overtake,” said Hamilton, who had started on pole position but finished second.

Ferrari’s race winner Sebastian Vettel did not pass Hamilton on the track, however, but in the pitlane during a virtual safety car period.

Red Bull’s 20-year-old Dutch driver Max Verstappen, who finished sixth on Sunday and provided one of the highlights with a 360-degree spin that cost him several places, was even more scathing.

“Completely worthless. I would have turned off the TV,” motorsport.com quoted him as saying when asked what the race would have been like for watching fans.

“(It was) very boring. You do your best to try something, and I was in DRS range all the time, but there is nothing you can do.”

Last time out in Abu Dhabi – the final round of the 2017 championship – it was a similar story, a dull and dreary affair which had everyone up in arms.

Since then little has been done about the issue and if drivers are to be believed it appears that the overtaking (or lack thereof) situation is even worse than before.

Big Question: Is Formula 1 lacking in any ingredient?