Alonso: Red Bull will be the next targets 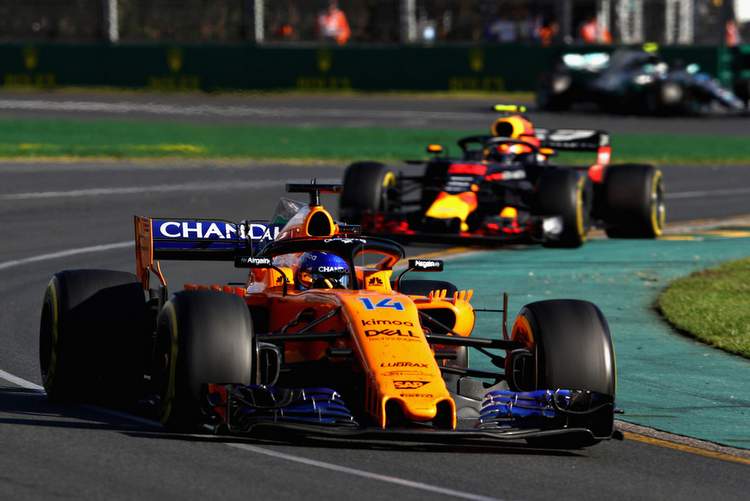 The preseason did not get off to the best of starts for McLaren, practice and qualifying for the Australian Grand Prix was so-so for their drivers Fernando Alonso and Stoffel Vandoorne, but in the race they scored a double points finish in their first race with Renault power which has the Spaniard fired up and even more ambitious.

Speaking to reporters in Melbourne after finishing fifth, his best result in over a year, Alonso summed up, “It was definitely a good race, especially from where we came. The last three years were difficult and I think the winter was difficult too. We switched to the Renault power unit very late last year, so we had a very quick reaction from the team to redesign some of the parts at the rear end.”

“Now we come here and both cars have scored points, in the top five and we should be proud of that. I think there’s a lot more to come from McLaren, this is the first race of this combination – McLaren-Renault – some of the updates will come in the coming races, so hopefully we can look up a little more. Red Bull will be the next targets.”

“As I said on Thursday, I think this is going to be our lowest performance level of the year. I think it’s going to get better and better with races.”

“Obviously today we got lucky with the two Haas retirements and Carlos [Sainz] had a problem at Turn 9 and then there was a Virtual Safety Car and we overtook Verstappen. So let’s say that four or five places were just because the conditions were in our favour, but we did no mistakes, we capitalised on everything, so a perfect job by the team.”

For his efforts at Albert Park, Alonso was voted Driver of the Day by fans no doubt inspired by the double F1 world champion’s feisty defence of an attack by Red Bull’s Max Verstappen late in the race.

Alonso explained, “I would have preferred for the last few laps not to have had him behind me because he’s always a threat – he’s a very aggressive driver on overtaking moves. I knew I had to be very careful and make no mistakes. But that was fun!”