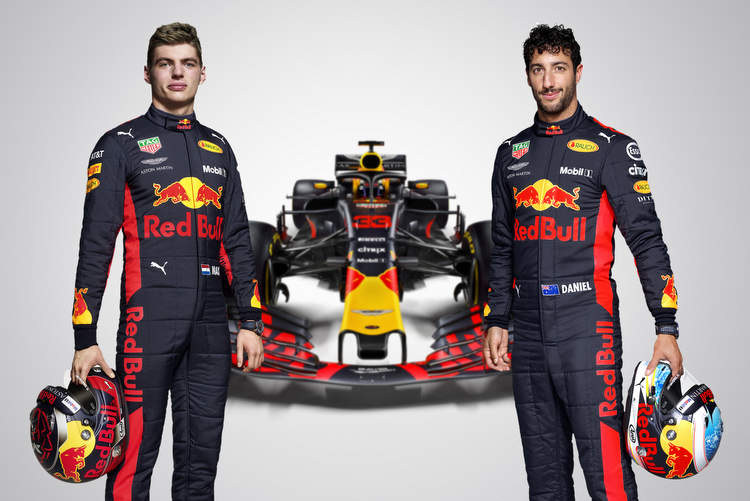 Ahead of the opening race of the 2018 Formula 1 season in Australia in March 25, we deliberate whether Red Bull can break the Mercedes-Ferrari stranglehold and become title contenders again.

Solidly, but not particularly impressively. In 2016, Red Bull were the main challengers for Mercedes but Ferrari’s revival last year left the Austrian team adrift in third. There were three wins – Max Verstappen edging Daniel Ricciardo 2-1 on that score – and 12 podiums to celebrate, but 13 retirements cost them any chance of fighting Ferrari.

Back for a fifth season with the team, Ricciardo has plenty to look forward to on the back of nine podium finishes in 2017. The Australian will have to up his game, though, if he is to continue to get the better of the improving Verstappen.

Ricciardo: “Getting in the RB14 for the first time was really sweet, hearing it fire up and seeing it with the new bodywork gets you excited for the year. The RB14 compared to the RB13 at this stage last year is a lot different, to start with, getting into the car is a lot harder. I can’t wait to get the season started, I’m hanging out to get back on the track and these new cars are very fast, looking forward to seeing you all out there!”

His first full campaign with Red Bull saw him enhance his reputation as one of the quickest and most daring drivers in the paddock. He only enjoyed four top-three finishes, though, which is something he needs to improve heading into 2018.

Verstappen: “We are hoping to have made a large step forward this year and be competitive from the start, to have a fast car from Race 1 and continue for the rest of the season would be great.”

Ricciardo is confident the gap is closing to Mercedes after impressive outings during testing in Barcelona.

He was fastest on day two of the second week of pre-season work, getting plenty out of the new hypersoft tyre to leave Lewis Hamilton in his wake.

Red Bull have the talent in the cockpit. If the power unit can deliver competitive performances then Ferrari – and maybe the Silver Arrows – will have a real challenge on their hands.