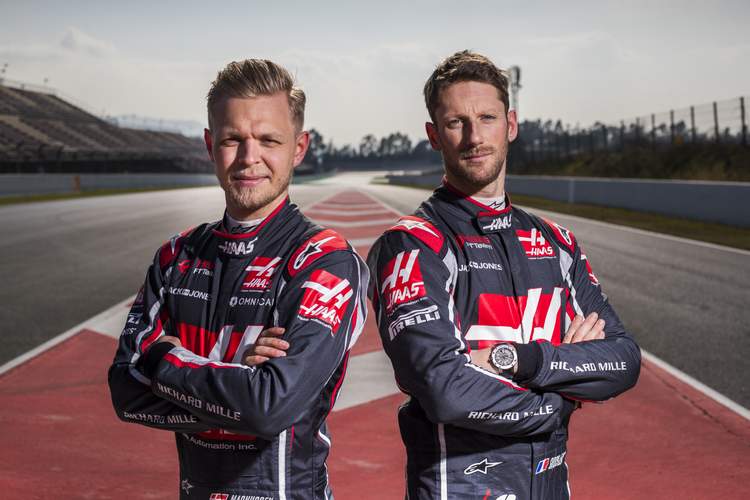 Ahead of the opening race of the 2018 Formula 1  season in Australia on March 25, we assess whether Haas can build on a successful second campaign at the pinnacle of the sport after a strong showing during preseason testing in Barcelona.

A double retirement in Australia did not bode well but they quickly moved on and enjoyed a number of strong finishes, including two races (Monaco and Japan) where both drivers were in the top 10.

Their 47 points closed the gap to the teams above them, with Toro Rosso and Renault within 10 at the end of the season.

The Frenchman was Haas’ marquee signing when they arrived in F1® two years ago but last season he scored one point less than in the debut campaign. His experience will be vital if Haas are to further develop in this term.

The closest he came to a podium last year was sixth in Austria, something Haas will want to improve on this time around.

Grosjean: “The VF-18 has a very good baseline. The feeling I get in the car is very good, which is the main thing. It’s a good-looking car. We know where we can update it and try to get more performance from it. We’re going to work on that. I think it’s the best car we’ve had so far for Haas F1 Team.”

After only five points finishes last season, Magnussen needs to up his game and provide more of a challenge for Grosjean and in turn push Haas onto another level.

It will be the first time Magnussen has driven the same car for successive years, so the pressure will be on to show he has learned from 2017.

Magnussen: “I think we made progress with the car. Hopefully, when we get to Australia, we have a package that we know and are happy with.”

Challenging for the top spots is unlikely unless the reliability issues can be resolved, and even then a mid-table battle looks the best they can hope for.

Staying with Renault and Toro Rosso will be their main aim, while also closing the gap to Williams and fending off the improving McLaren.