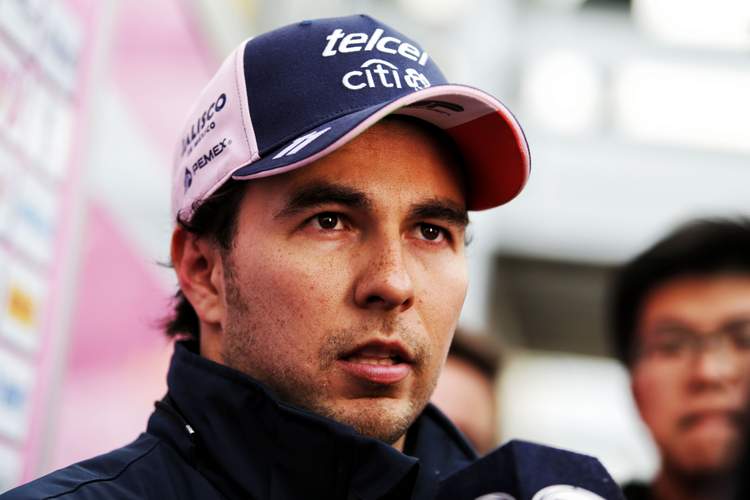 Fatherhood has been a life-altering experience for Sergio Perez since the end of last season and the Force India driver hopes the coming year in Formula 1 could be just as transformative for him on the race track.

The 28-year-old, known as ‘Checo’, is starting his fifth year with the Silverstone based team, the privately-run outfit that has been fourth in the constructors’ championship for the last two campaigns and has become like a second family for the Mexican.

But that is still a long way from where Perez, whose son and namesake was born in December, ultimately hopes his talents will take him.

“Definitely it is a year that is going to determine my career, my coming years,” the Guadalajara-born driver, who was linked last season to Renault, told Reuters during pre-season testing in Barcelona.

“This year it’s going to be interesting to stay where we are and then see what’s available. I definitely want to be in the best possible car I can be.”

Just how good the new Force India is remains to be seen, with a big update promised for the March 25 season-opener in Australia and Perez saying that was needed after a fairly anonymous testing.

A Ferrari academy driver before entering Formula One with Sauber in 2011, and having a difficult year at McLaren in 2013, Perez has become one of the most dependable and consistent racers.

For some years he has talked about his desire to join a top team, only to stay put in the end. But this season could see movement.

The Mexican, who scored points in 17 of last season’s 20 races, has been linked to Ferrari in the past even if others may now be ahead of him in the queue to replace 2007 champion Kimi Raikkonen.

The driver market is braced for a big shake-up, with 38-year-old Raikkonen out of contract at year end along with Finland’s Valtteri Bottas at champions Mercedes and Australian Daniel Ricciardo at Red Bull.

Ricciardo will set the ball rolling if he moves, with Renault’s young Spaniard Carlos Sainz only on loan from Red Bull pending the Australian’s decision.

Perez, who took two-second places and a third with Sauber in 2012 and has taken more podiums (four) with Force India than any driver, will look to impress but faces a stiff challenge from 21-year-old teammate Esteban Ocon.

The two clashed last year, missing out on a podium in Azerbaijan after a collision that led Force India to impose rules of engagement. Relations are now much better.

“I think we definitely had very intense moments in the team and thankfully everything changed for the good of the team, for the benefit of us,” said Perez.

“Now we work well together, in the last races, and I really hope that trend continues. We have to work together, we have to be united to push the team forward and hopefully battle each other for good positions.”

The Mexican said everything felt more natural going into his eighth season.

“You are more patient, you know what you need from yourself, how you have to prepare yourself, but every year you learn every single weekend. I learnt so much last year,” he said.

“There are still plenty of things that I can improve, to become a stronger driver. I do think that this year I’m going to be stronger than I was last year.

“I’m working on my weaknesses that I had last year and also on my strengths. That helps. With experience, you can understand a lot more things.”

Fatherhood said Perez, would not slow him down, “It’s incredible. People can tell you many things but once you live the moment, you get your son, it definitely changes your life.”

“I can just see positive changes, as an athlete and as a human being… I am very happy and very stable and with a lot of peace.

“In the car, you don’t think about if you are a dad or not. You just think about how you can do better and take the next corner faster,” he said of Sergio Perez Jr’s arrival.