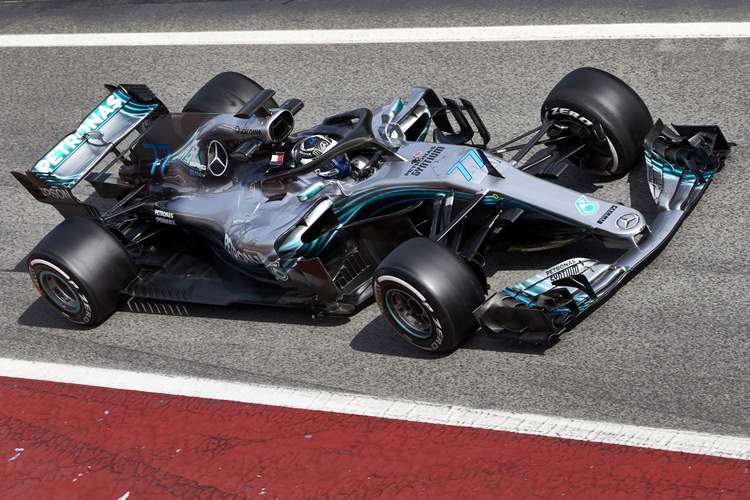 Having completed over 1,000 laps in pre-season testing, Mercedes-AMG Petronas Motorsport leaves the Circuit de Barcelona-Catalunya with a positive feeling and is excited to start the 2018 Formula 1 season in two weeks’ time.

Lewis Hamilton: “It’s been a really positive test. We got through everything, reliability has been great. Everyone has been working their backsides off and doing a tremendous job, I’m really proud of the team. We’re happy with the information that we’ve got. Both the car and the track are a lot faster compared to last year’s race here. In my last run during the race simulation today I was doing 1:19s – that’s my qualifying lap time from 2017 every lap. It’s still difficult to know exactly where we are in comparison to Red Bull and Ferrari and we won’t fully know that until we get to the first race. But I feel like we’ve got as much information as we could in order to equip us with the best data to go to the season opener. The preparation has been really good in the time that we had.”

Valtteri Bottas: “Today was a very good ending to testing. As a team, we completed more than 200 laps and I put in more than 100 laps in the afternoon. So that’s very positive and I’m very happy with the progress. Now we need to keep working for the week and a half before we travel to Melbourne. It will be interesting to find out where we will be. We got the Medium and the Hard tyres to work quite well. I think we still have issues with blistering on the softer compounds. Hopefully, it will be different in Melbourne, but on the new track surface here in Barcelona we had some difficulties. The team has done a great job over the past two weeks. I really enjoy working with the team and I can’t wait to get racing.”

James Allison: “Eight days of winter testing is a punishing schedule. All of us out here at the track and those who have supported it back at the factories are feeling the cumulative loss of sleep. But I think we can look back on these two winter tests with some satisfaction, having designed, planned and then executed a very complex series of tests with some competence. The loss of time caused by the inclement weather during the first test is something that Andrew Shovlin and his team were able to nimbly work around and come back with a good programme. We finish winter testing feeling like we’ve explored the car and the tyres. We know that we put a good amount of kilometres onto it without any significant reliability difficulties and feel that we have in the car a good, strong foundation on which to build our 2018 campaign.
Both drivers seem to like the car, it responds well to set-up changes and has shown a good turn of speed. I say that with caution because even with all the mileage we’ve done it’s chastening to note that we have not yet come close to completing the full life cycle of core components such as the engine and the control electronics.”

Although we make our best efforts to try and figure out our competitive position, we don’t know what the other teams are going to do between now and Melbourne and we don’t really know with full accuracy what they’ve been doing here. So there’s all sorts of reasons to be cautious – but this has been a good winter test. For now, we can be content that we’ve managed to deliver that, and we look forward to Melbourne.