Boullier: To be ambitious you have to take risks 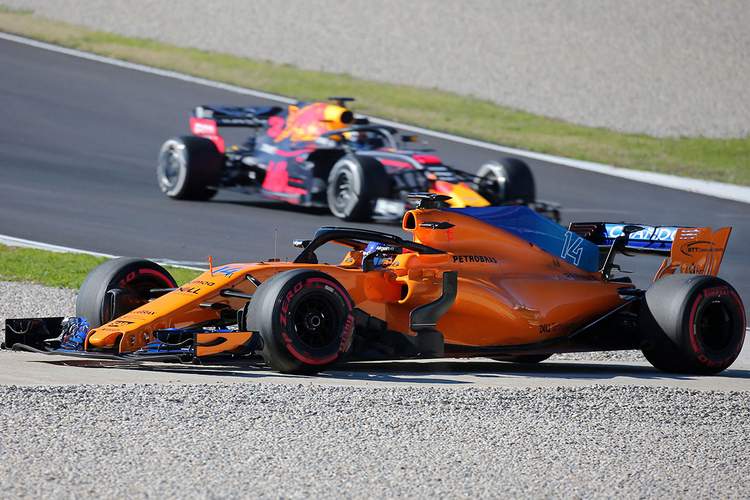 The Spaniard was sidelined for almost five hours by an oil leak and engine change before eventually returning to put in the second fastest lap of the day and third fastest of this year’s testing.

Former world champions McLaren have switched from Honda to Renault engines this season and are hoping to move back up the grid after sinking to ninth of 10 teams last season.

“We have an ambitious design around the car and you can see that the car is a little bit different from the other Renault-engined cars,” racing director Eric Boullier told reporters at the Circuit de Catalunya.

“So far we had minor issues but I think that was because we didn’t do a good job enough to prepare the car.”

McLaren have lost time to a variety of problems, starting with a wheel nut issue that sent Alonso spinning into the gravel after just six laps of the very first day of testing in Barcelona.

On Tuesday Belgian Stoffel Vandoorne was twice stopped by battery and hydraulic failures while Alonso lost about seven hours after an oil leak forced another engine change on Wednesday.

Boullier said McLaren had adjusted the car’s cooling systems but conceded that the lack of running meant reliability would remain a concern for the season-opening race in Australia on 25 March.

“We had only minor issues which were all different. A good rebuild of the car for Australia will help us to fix a few issues.”

“We have not lost our capability of designing fast cars and I hope you will see it on track soon. We have to be ambitious and to be ambitious you have to take risks,” added the Frenchman.

Big Question: McLaren too ambitious with Renault too early?