Boullier: There is absolutely no drama 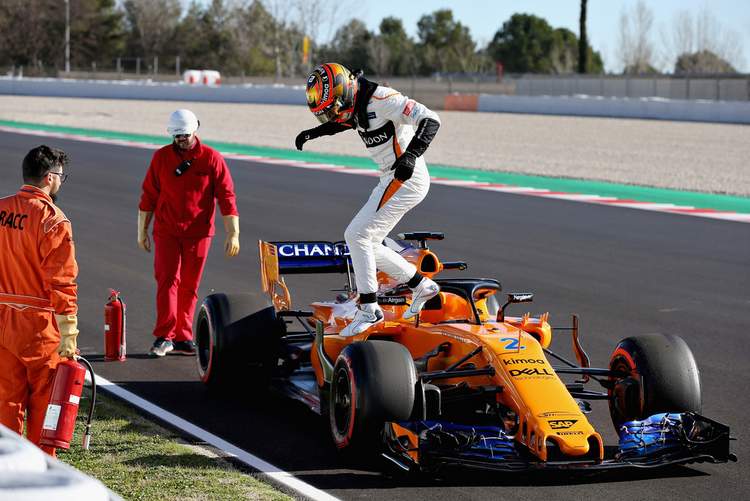 McLaren has endured something of a ‘Groundhog Day’ episode as Formula 1 testing resumed for the fifth day at Circuit de Catalunya, on which the MCL33 broke down with technical issues and costing the team valuable track time but team chief Eric Boullier is unconcerned.

McLaren have endured a nightmare start to F1 2018’s second and final test after their car broke down three times at Barcelona.

Battery related electrical issues had Stoffel Vandoorne sitting around waiting for around three hours in total as mechanics sorted out the problems before he was let loose again. But by mid-afternoon hydraulics problems grounded the orange car for the third time.

But Boullier insisted, “There is absolutely no drama. This is just testing. We push the car to the limits and we try some various conditions and set-ups and things. Sometimes it works, sometimes it doesn’t.”

“The cars are complicated and when you have to change something in the heart of the car it takes longer than in the old days when it was much simpler.”

“To be fair, the last bit today was parts we’ve had on the car since the beginning of testing and fatigue broke the parts, nothing else.”

“We have to go back to this and make sure we have a better integration and design, but it’s just business as usual,” added Boullier.