Sainz: I have run but I haven’t really started testing 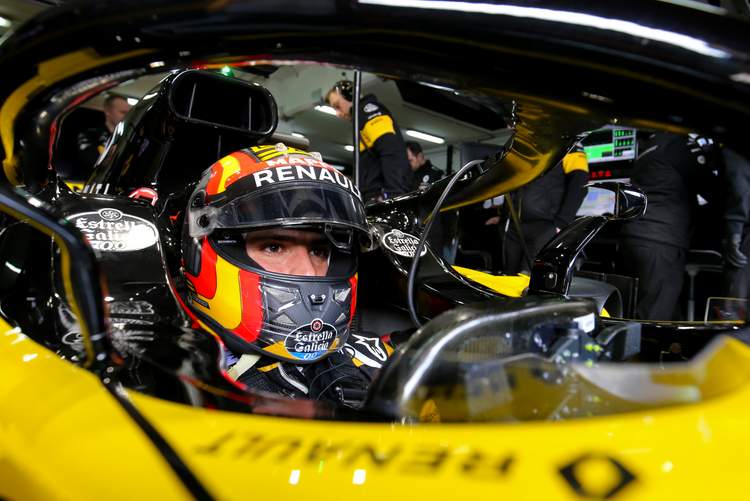 Despite spending two of four days in Barcelona testing the new Renault RS18, Carlos Sainz admits that he has yet to feel like he has done any serious testing so far this season and hopes the second four days in Spain this week will be more fruitful.

The first Formula 1 preseason test at Circuit de Catalunya last week was marred by bad weather and conditions in which Formula 1 cars are unlikely to run in during the course of a season.

Sainz explained, “I haven’t tested yet, I have run but I haven’t really started testing the car, setting it up for my liking, going in one direction, the other.”

“I haven’t felt fully at home yet in the car but that’s why I think we have still very big potential ahead of us.”

Sainz is hoping that the second test, starting Tuesday, will be a different scenario for him and his F1 colleagues, “If we start doing things properly and we start testing and we start going in the right direction, I have still big margins of improvement to be more comfortable in the car.”

Despite ending his stint in the car 1..6 seconds adrift of the benchmark time set by Lewis Hamilton in the Mercedes, the Spaniard is upbeat, “To get the medium to work is a positive sign, there are not many teams out there who are really running the medium, and we managed to switch on the medium and do a good long run on it.”

“Balance-wise, still not there, still we have huge margins of improvement, so I’m going to be patient, wait for next week.”

Sainz also points to the benefits of joining Renault in the final stages of last season, “The last four races last year helped to get to know everyone [at Renault] and to give my feedback regarding last year’s car.”

“And now I just need testing, because racing is not the same as testing. Actually, my father always told me that where you win the races is in testing. And I hadn’t had the chance yet to really test the car, follow different directions,” added Sainz.

The final four days of Formula 1 preseason testing gets underway on Tuesday, 6 March, and runs until Friday at Circuit de Catalunya, with the season-opening Australian Grand Prix weekend on 23-25 March.