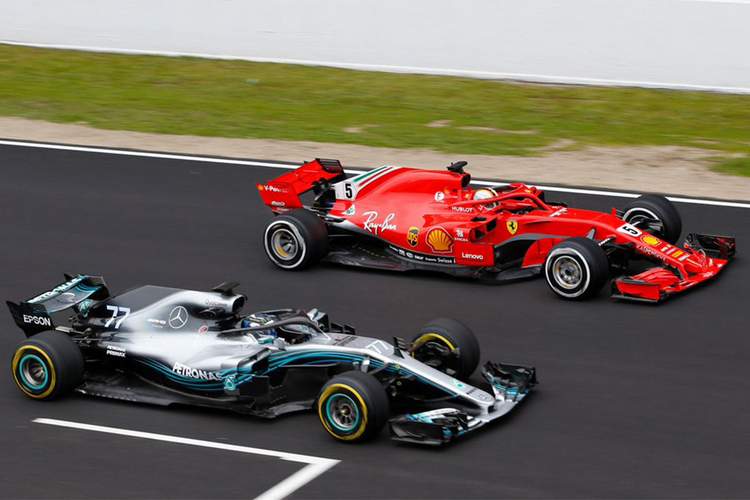 Circuit de Barcelona-Catalunya have released the schedule for drivers and teams ahead of the second and final stanza of Formula 1 preseason testing which begins at the Spanish Grand Prix venue on Tuesday.

World Champion Lewis Hamilton and teammate Valtteri Bottas will share the Mercedes W09 tomorrow, on the what will be the fifth day of testing so far this year. Their line-up for the other three days is not known at this point.

Sebastian Vettel will be the first of the Ferrari drivers to return to the track in the cockpit of the SF71-H, with Kimi Raikkonen on duty the following day and then alternating with his teammate.

At Red Bull it will be Daniel Ricciardo on Tuesday and Thursday, while Max Verstappen does his share on Wednesday and Friday.

The only reserve driver in action during the four days will be Williams’ Robert Kubica who will drive the FW41 on the mornings of Thursday and Friday. alternating with Lance Stroll and Sergey Sirotkin respectively.

Renault will also have both their drivers Nico Hulkenberg and Carlos Sainz on duty on all days this week.

Last week’s test was affected by the weather and as a result, schedules were altered accordingly. Better weather is expected this week in Spain, with sunshine expected on the first two days but rain forecast for Thursday. 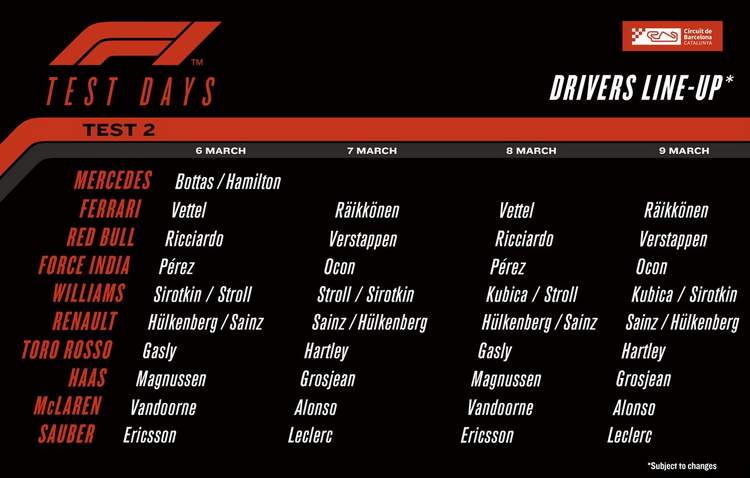