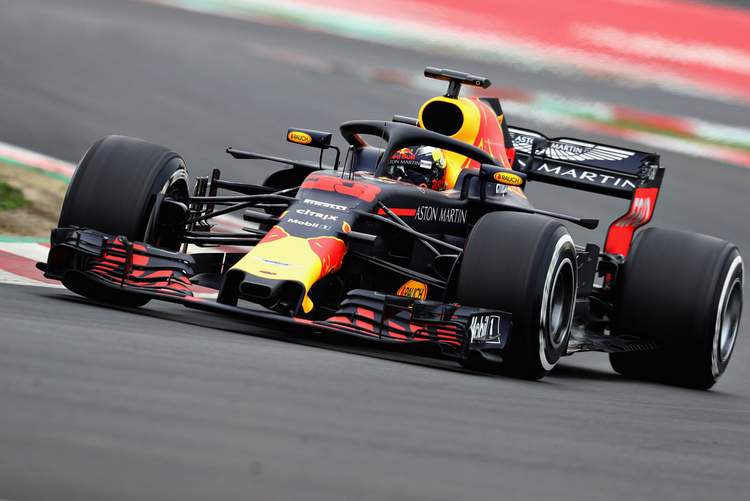 Day two of the first pre-season test of the year saw Max Verstappen get his first taste of the Aston Martin Red Bull Racing Tag Heuer RB14, though the Dutchman was made to wait for it.

An early morning technical issue saw the car restricted to the garage for most of the morning but with the problem solved in the early afternoon Max was able to work through 67 trouble-free laps of the Circuit de Barcelona-Catalunya and claim the day’s fourth-best time, a 1:20.326, set on medium compound tyres.

“My first feeling of the car is positive,” said Max. “Of course it’s early days but the initial feeling is good. In the end, I don’t think we lost too much ground in the morning as the track seemed in pretty poor condition early on. It wasn’t ideal but we had to check through everything and it took a while. In the afternoon we completed quite a bit of what we wanted to, we tested a few things on the car. It was pretty cold and so it’s difficult to switch on the tyres. Basically, when you go out of the pits it’s flat out to keep the temperatures up and lap by lap you’re going faster, it’s that cold. It makes it quite difficult but overall it was a positive day.”

Commenting on the conditions, Head of Race Engineering Guillaume Rocquelin said: “It is really tricky. When teams select tyres for testing, which happened in December, you’re always looking for a consistent tyre but a consistent one is usually one that is pretty durable and that means it’s been very difficult to get them working. Plus, as Daniel said yesterday, the re-surfacing means there’s just very little grip, so it’s difficult to learn a lot. It’s frustrating but every team is dealing with the same issue, so you just have to readjust your goals for the week and try to tick as many boxes as you can. That process wasn’t really helped by the technical gremlins we experienced this morning. Max had a decent afternoon and his feedback was consistent with what Daniel told us yesterday so all in all we’re still reasonably pleased with progress. Cold but reasonably pleased!”