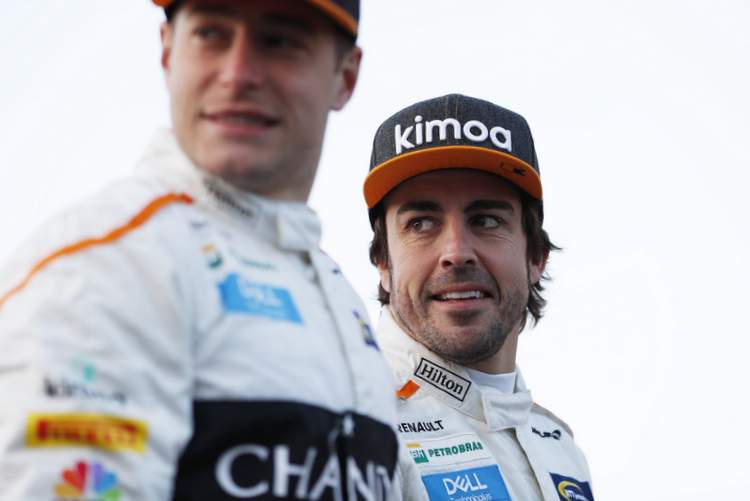 The Spaniard, who has endured three hard years with unreliable and under-performing Honda engines, drove the MCL33 as part of a limited mileage pre-season filming day at the Navarra circuit in northern Spain.

“It felt great. It’s always a special moment when you drive the car for the first time. Everything felt good,” he told Sky Sports television. “The car is running, we’re all happy. I think good times are comings”

“We kept the motivation very high, I think the team is stronger now than three years ago. What doesn’t kill you, makes you stronger.”

McLaren have not won a grand prix since 2012 and finished last season ninth of the 10 teams.

The new orange and blue car was unveiled online earlier on Friday and will test properly for the first time on Monday in Barcelona.

“It’s an important moment for McLaren. After a couple of years of not fighting for the championship, it’s time to come back to that position,” said Alonso.

“Now in winter testing we need to make sure that we optimise this package but so far I’m very happy and very optimistic, I think the team did an amazing job in the last couple of months,” added the former Renault and Ferrari driver.

Alonso, who will also be racing at Le Mans and in the World Endurance Championship (WEC) this season, said fighting for podiums and race victories could again be the aim.

McLaren racing director Eric Boullier said everything had gone well, “The drivers looked happy. Fernando was smiling this morning, which is a good sign.”