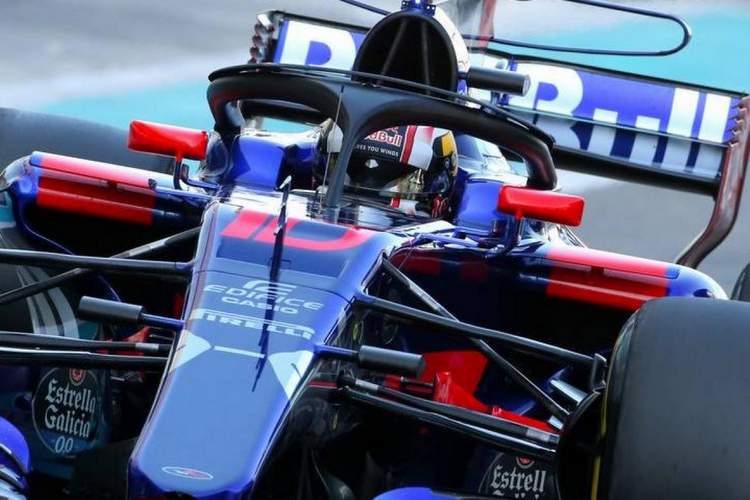 Honda’s partnership with the Toro Rosso got off to a positive start on Wednesday with a seemingly smooth track debut of their new car on a limited mileage filming day in Italy.

New Zealander Brendon Hartley, who was at the wheel of the STR13 car at the wet Misano circuit, reported on Instagram that “the new girl ran super smooth.”

Honda are starting over with the Red Bull-owned team this season after three seasons of failure with former champions McLaren left the Japanese engine manufacturer’s reputation in tatters.

A behind-the-scenes documentary, ‘Grand Prix Driver’, released on Amazon recently shone a spotlight on the tension between McLaren and Honda that eventually led to the relationship tearing apart.

It also revealed how the troubles had started before the launch of the car and were fully exposed once testing in Barcelona started when the car broke down repeatedly due to engine failures.

McLaren, who finished ninth out of the 10 teams last season, are now using Renault engines and hoping to be far more competitive.

How Toro Rosso, and McLaren, fare this season will be among the intriguing sub-plots to the 21-race season that starts in Australia on March 25, with Mercedes and Ferrari again expected to be the frontrunners.

Toro Rosso, one of the smaller outfits on the starting grid, have taken the cynicism and gloom-mongering about their prospects in good heart.

They put out a tongue-in-cheek Q&A at the time of the first engine fire-up that included the questions: “Did it take like six attempts to fire up?”, “Did the engine blow up?” and “Did your factory catch fire after the engine started?”.

The respective answers were “Nope, the engine fired up on the first attempt”, “Quite the opposite, it started just as planned” and “Our factory is perfectly fine, thanks for the concern”.

The final ‘question’ was simply ‘Good luck, you’ll need it.”