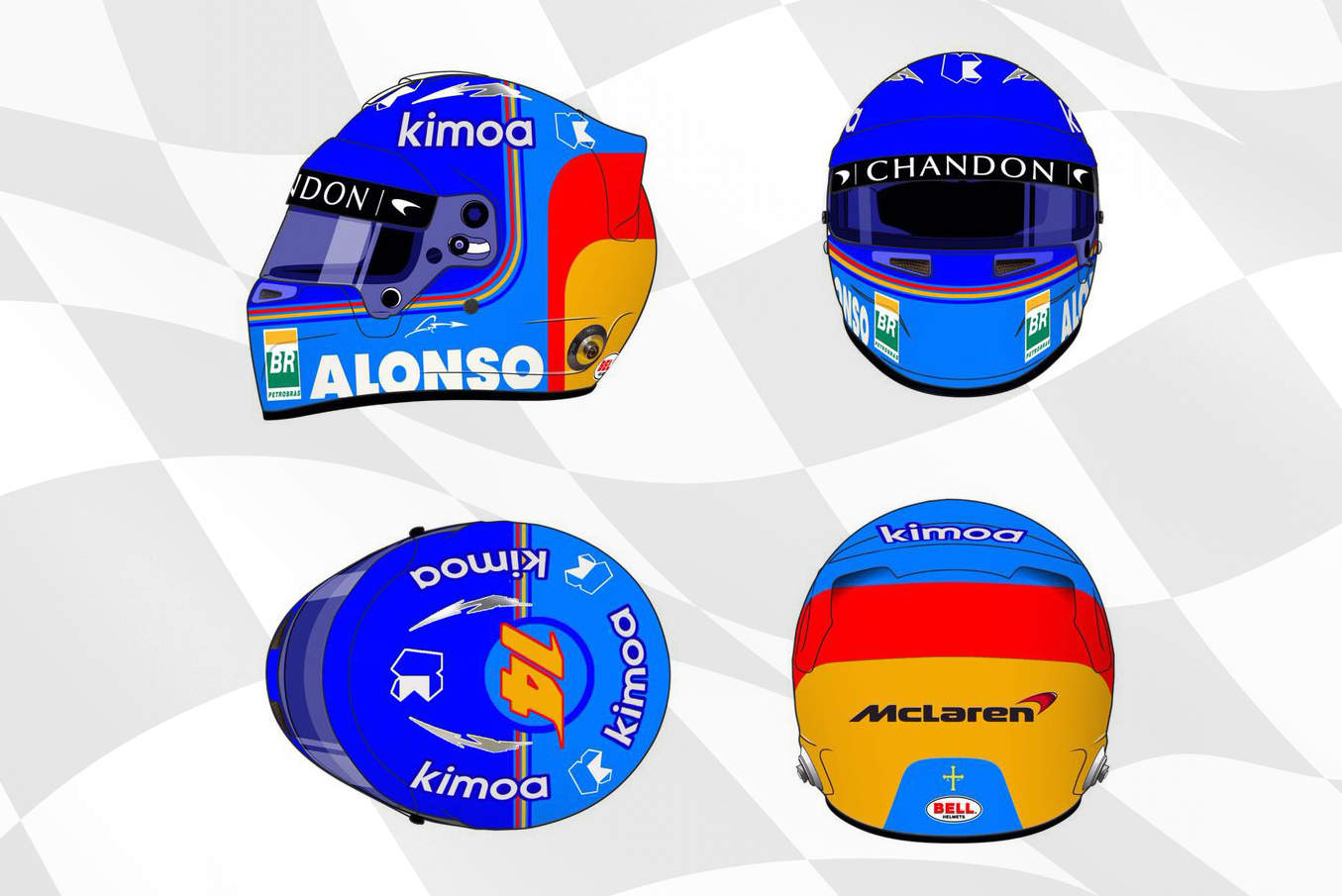 The 2018 Formula 1 world championship season is fast approaching, with testing set to get underway on Monday in Barcelona and drivers are using Twitter to reveal their helmets ahead of the new season.

Fernando Alonso revealed a vastly different helmet to the one he wore last year. Last year he drove with a black helmet with red, yellow an blue stripes during his Indy 500 foray and earlier this year had a similar helmet in white for his Daytona 24 Hours endurance debut.

Here it is, my helmet for the 2018 season! We’ve kept quite a few personal elements from the helmets I have used throughout my career. I hope you guys like it as much as I do! #season2018 #VforVerstappen pic.twitter.com/rMOQjLccot

“It is not symmetrical and I hadn’t seen that very much before with other helmet designs. It is a new season and I wanted a new helmet, so hopefully, I will carry this kind of helmet for the rest of my career.”

Thank you for all the entries in the #VB77Helmet competition – you surely made it hard to choose! #VB77 #F12018 @MercedesAMGF1 @StiloOfficial pic.twitter.com/UZa95zmTku

Haas driver Romain Grosjean revealed his 2018 lid which features a design very similar to what he used last year: