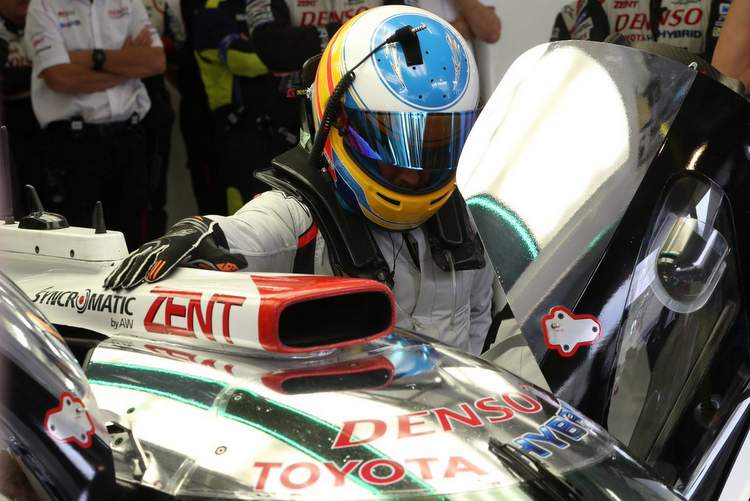 Tom Kristensen, who is fondly known as Mr Le Mans thanks to his nine victories at the legendary 24 hours race, admires Fernando Alonso’s plans to race in WEC as well as Formula 1 this year and believes the Spaniard has already adapted quickly to prototype sportscar racing.

Speaking in the wake of Alonso confirming his WEC programme and Le Mans foray with Toyota, Kristensen said, “Fernando is very well informed about Le Mans. I’ve talked to him a few times about it over the years, not least when he was the special guest starter in 2014.”

“He has always shown great interest in the event, and when he saw the prototypes he found them incredibly fascinating. Now what he can look forward to most is the sensation of driving at night, being in the cars for three hours plus and pushing to find the zone.”

“This challenge is absolutely wonderful. When you get into the rhythm and the car’s performing there is simply nothing better. That’s what I took from the world’s greatest race.”

“Of course, I miss it when I’m back on the grid and you see that focus and determination from the drivers about to start the race, giving high fives and fist bumps to the mechanics. But I’ve turned 50 now so I can very easily walk away and watch – and this year will be no exception.”

“I admire the way Fernando goes about his racing because this shows he has a passion for motorsport as a whole and not only his career in Formula 1. He’s done Indianapolis and Daytona and now he’s preparing for Le Mans.”

“This kind of versatility was what I saw as I grew up, watching the greats from Mario Andretti to Jacky Ickx – then others who I competed against in many different kinds of racing. That’s what I find so brilliant because it shows the true spirit of racing,” added Kristensen.