Lauda buys back airline he founded 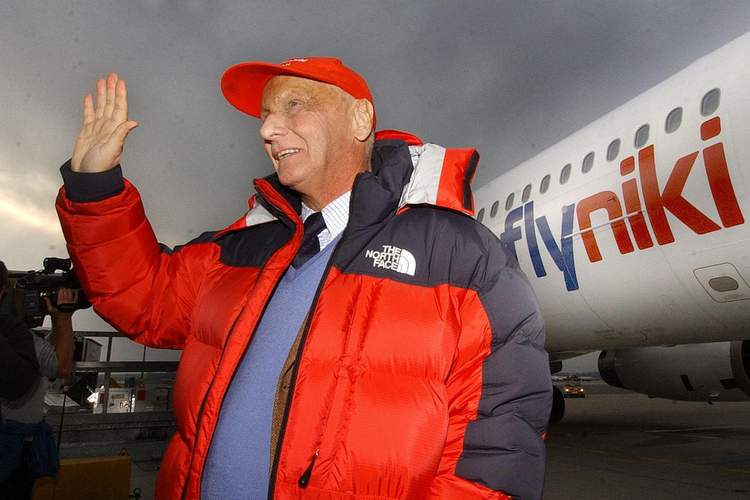 The previously agreed sale of Niki to IAG fell through after two courts ruled the insolvency proceedings had to move to Austria from Germany.

That cleared the way for other parties such as budget airline Ryanair and Lauda to again bid for the carrier, which most recently was part of failed German airline Air Berlin .

Niki’s creditors met on Monday to pick the best bid, and their meeting ran past midnight.

“In the early hours of this morning Laudamotion GmbH emerged from a transparent bidding process as the best bidder,” Niki’s Austrian and German administrators, Ulla Reisch and Lucas Floether, said in a joint statement, referring to a company controlled by the three-times Formula One world champion.

They did not disclose a purchase price and said they expected legal approval for the transaction to follow soon.

“Of course, I am delighted,” Lauda, who founded Niki in 2003 but sold his remaining stake to Air Berlin in 2011, said in an interview with Austrian broadcaster Oe24. “There’s no doubt that I have always put my heart and soul into Niki.”

The 68-year-old moved into the airline industry as his driving career was coming to an end in the 1980s. He plans to scrap the Niki brand name and integrate the carrier into the Laudamotion business, he told Austria’s ORF radio.

The aviation industry has been in turmoil for more than a year, with British airline Monarch, Italy’s Alitalia and Air Berlin entering administration, following intense price competition in Europe.

Lauda, who offered to take on nearly all of Niki’s 1,000 employees, said he had secured 15 aircraft and planned to bring them back into operation by the end of March, focusing on tourist destinations in Turkey, Greece and Spain.

City routes, as offered under Air Berlin, were currently not planned, he said.

Niki planes have been granted around 1,700 slots, or about 0.8 percent of available slots in Austria, for the summer season which begins late March, according to the coordinating authority Slots Austria.

Lauda said earlier he would look to work with an operating partner such as Thomas Cook for functions previously provided by Air Berlin, such as ticket sales, crew planning and marketing.

“Laudamotion has asked us for operational support services to enable Niki´s flight operations to restart as quickly as possible,” a Thomas Cook spokesman said. “We are prepared to start such discussions shortly.”

While Austrian Chancellor Sebastian Kurz welcomed the decision, saying he was pleased an Austrian solution had been found and jobs saved, industry experts were less enthusiastic.

“From an industry perspective, IAG would have been a much more sustainable solution and they had concrete expansion plans,” said one industry source, who wanted to stay anonymous.

IAG Chief Executive Willie Walsh had said he wanted to grow business in eastern Europe and saw potential for at least 30 planes in Vienna within 2-3 years.

“We cannot help but feel a bit dismayed that while the creditors’ committee’s decision may be the most advantageous for them, they are doing the airline itself a disservice,” said Berenberg analysts in a note to clients.

After hurried talks to ensure Niki retained valuable runway slots, IAG agreed at the time with the German administrator it would buy the business for 20 million euros and provide 16.5 million in liquidity to make it part of its low-cost business Vueling.

But courts in Germany and in Austria ruled the proceedings had to move to Austria.

“IAG is disappointed that Niki will not be able to develop and grow stronger as part of the group,” it said in a statement.