Tost: I am convinced Toro Rosso-Honda will succeed 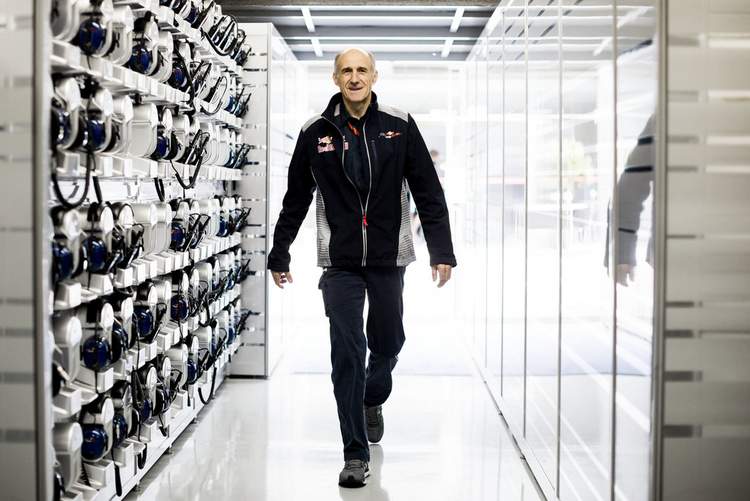 A new era beckons at Toro Rosso as they switch to Honda works power for 2018, team principal Franz Tost has provided interesting insight into the new partnership as it prepares to tackle pre-season testing in Spain next month.

Last season was a torrid one for the Red Bull junior team. Late in the season they mysteriously lost competitiveness and reliability which had them targeting sixth place in the final championship standings, instead engine woes conspired against them, but in the end, they had to settle for seventh losing out to Renault in the final race of the year.

They also lost both the drivers that they started the season with as Daniil Kvyat was given the axe, while Carlos Sainz was part of an elaborate swap deal with Red Bull which also involved the switch to Honda. As a result, they finished 2017 with two rookies – Brendon Hartley and Pierre Gasly.

In the wake of their new car passing the FIA crash tests last week, Tost said in an interview with Speedweek, “For the first time in the history of Toro Rosso, we will work exclusively with an engine partner. This offers a completely new approach and starts with the design of the new chassis.”

“For example, we were able to design the placement of the power unit in accordance with the designers’ ideas. This is something quite different from the earlier ‘eat or die’ attitude we faced.”

“Toro Rosso is also much more involved in the whole development process. We have already completed countless test bench trials with the transmission in order to optimize various elements. Of course, the season is a tough challenge, but we accept it gladly.”

Honda has hardly inspired since their return to Formula 1 and their divorce from McLaren was largely because the Japanese manufacturer could not produce an adequate engine.

Tost acknowledges, “Nobody will disagree when I say: Honda offers a fantastic infrastructure. They also have very clever and highly motivated technicians. The shortcomings of the past are recognized and everyone is about to eliminate them.”

One of the problems that the McLaren-Honda relationship is said to have stumbled is the integration of the corporate work cultures of the two organisations.

Tost explained how the Faenza based team are dealing with the influx of Honda engineers, “For a better understanding of Japanese culture, we organise special seminars for our employees, which are attended with great interest.”

“We all know that Japan has its own culture and it is one of the really exciting challenges to synchronize theirs and our culture. But if we were not convinced that this could succeed, we would never have embarked on this project.”

“Sometimes there are quite unexpected benefits. You’re talking about the time difference – which has so far proven to be primarily positive. If our technicians have questions, send them to Japan in the afternoon, and they’ll have the answers the next morning. What more do you want?”

The Toro Rosso and Honda deal was finalised in September, thereafter the two organisations began the process of integrating their respective F1 projects, “We rarely had a decision so early. I recall that two years ago the decision to change to the Ferrari was not made until December, yet we managed the timely completion of our cars for the following season. The use of our own gearbox has simplified the process.”

After the McLaren failure, Honda are keen to get it right with Toro Rosso and one thing that will not be scarce while they toil on their power unit is resources.

For Tost, the new project is a step up for the Red Bull junior team, “Collaboration with such a reputed company will increase the visibility and the number of fans of Toro Rosso. I am convinced that this will help with sponsorship search.”

“The structure of the team remains the same. The number of employees also provides a healthy basis for a successful future,” added Tost.

Big Question: Will Toro Rosso and Honda succeed in F1 this season?