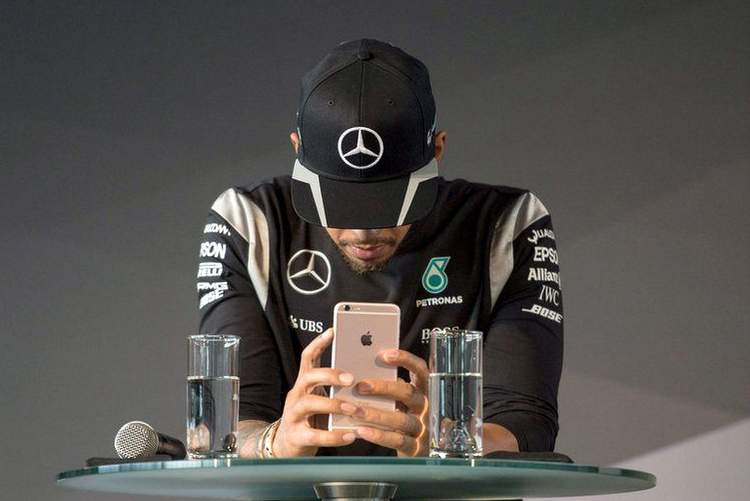 Lewis Hamilton’s social media posts have long been a talking point in Formula 1 but the absence of any from the four times F1 world champion so far this year is also attracting attention and prompting speculation about his next move with regards to engaging with his fans.

The Mercedes driver ended 2017 by wiping clean his prolific Twitter and Instagram accounts after critics condemned comments he made over Christmas about his young nephew wearing a pink dress.

“Boys don’t wear princess dresses,” the Briton had said, in a video on Instagram that he apologized for and took down the next day.

Hamilton, or his media team, then proceeded to remove reams of content and photographs from his feeds, giving no explanation for what was interpreted by many as an emotional response to the criticism.

New Year’s Day, and the Briton’s 33rd birthday on 7 January, came and went without a word.

Hamilton has more of a profile than any other F1 driver, boasting 5.7 million followers on Instagram and 5.26 million on Twitter, who are kept up to speed about his celebrity lifestyle and fashion tastes.

Formula One’s owners Liberty Media, who took over last year, have adopted a “fan first” approach with social media a major plank in their strategy

McLaren executive director Zak Brown said the sport needed Hamilton’s engagement, “Obviously the amount of feedback looks like it’s upset him, to the point where he’s said well then I won’t do anything.”

”That’s a shame for all the racing fans who love Lewis and want to know what he’s up to. Hopefully that situation will settle down.

“We want to hear what Lewis is up to and he has the biggest following. So if he pulls off social media, that would be a loss for everyone.”

Mercedes have made no official comment on the reasons for Hamilton’s actions, although a team source said it was “just a bit of hygiene” to wipe the slate clean for a fresh start this season.

An adviser to Hamilton also had no comment, telling the BBC that “taking a break” from social media during the holiday period was not newsworthy.

While the season starts in Australia in March, January is a quiet time in Formula 1 when engagement on social media helps maintain the sport’s profile.

“I think it’s unfortunate how quickly people jump on [Hamilton],” said Brown of a driver who won his first title with McLaren in 2008. “I bet the majority of those people (critics) if they were sitting in front of Lewis, would still want to get his autograph.”