Wolff: We wanted to give McLaren an engine 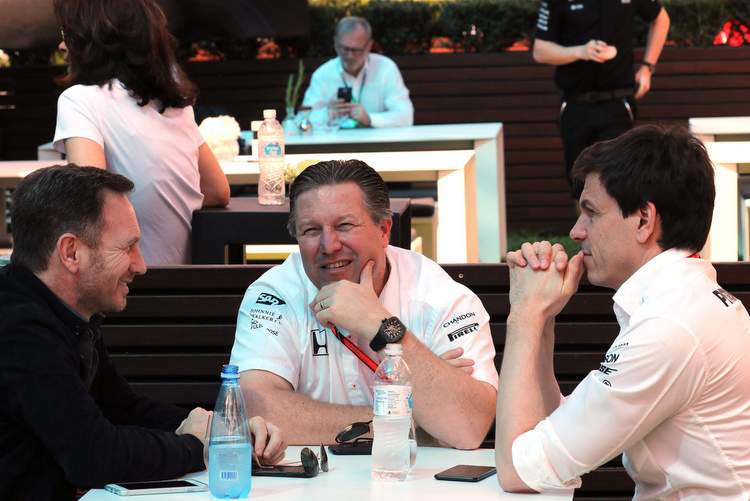 Contrary to popular belief Mercedes chief Toto Wolff has revealed that his organisation was not against supplying McLaren with power units for 2018 and beyond, but blames delays in decision making during the negotiation process for the deal failing.

The McLaren-Honda split was one of the biggest talking points of the season, at one point McLaren boss Zak Brown stated that all options were on the table, but it was always believed that Mercedes and Ferrari were not interested in supplying the Woking outfit.

But Wolff told ESPN, “We wanted to give McLaren an engine, the problem is that it dragged on for a long time and we just didn’t have the structure in place and the capacity to supply them an engine for 2018. It was simply too late.”

“You must never rule out supplying anybody in the future and this is why McLaren or anyone else in the future could be a partner.”

What transpired instead was a complex deal which resulted in McLaren ditching Honda for a customer Renault engine deal, with Red Bull accepting Honda power for their Toro Rosso team and Carlos Sainz being loaned to Renault.

The relationship between Red Bull and Renault, after their four years of glory from 2010 to 2014, deteriorated rapidly as the new turbo era dawned and the French manufacturer was caught flat-footed by the technology.

What exists is an uneasy truce, but on occasions, Red Bull have not been shy to vent their frustration with their engine supplier. This fact has steered Wolff clear of striking a Mercedes engine deal with the energy drinks outfit.

Wolff said of the ongoing Red Bull and Renault saga, “It is exactly because they are saying it like this and undermining their current partner that they are not having one!”

“In Formula 1, like everywhere else in life – be it your private life or business life – it’s about compromise and acknowledging your partner’s strengths and weaknesses and helping each other out.”

“That is very much the culture we have at Mercedes and that has made us successful in the last few years. Respect is a super important part of our values and this is why we have chosen the partners we have,” added Wolff.

Big Question: Was a Mercedes engine supply a better prospect for McLaren than their customer deal with Renault?