Brown: All options on the table to get McLaren back in front 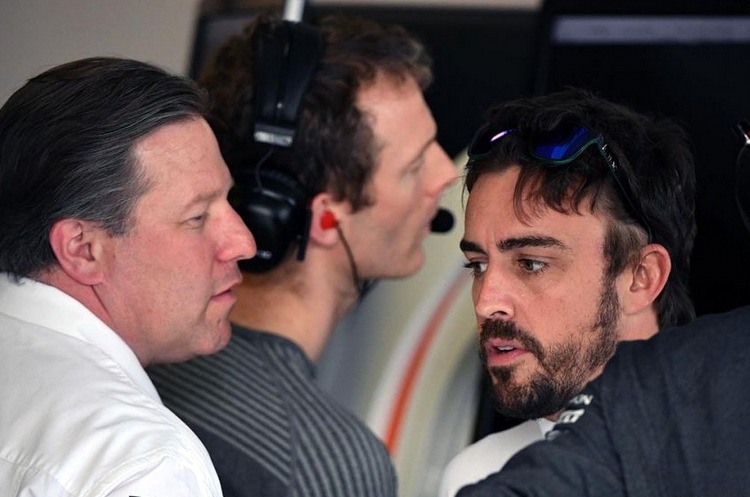 With the hype of their Indy 500 foray dying down, McLaren face the reality of an uncompetitive car in Formula 1 due to and under-performing Honda engine.

Team boss Zak Brown acknowledges the importance of the months ahead, not only for the team but also for their star driver Fernando Alonso who is demanding a race winning car for 2018.

Brown told reporters after the Indianapolis 500, “We’ve got to work through our issues and our issues are substantial in the back of the car.”

“2018 is not far away, so we are going to have to evaluate how we get to the front of the field, and as [McLaren COO] Jonathan Neale my partner in racing has said, all options are on the table and we have to get back to the front. We’re not quite sure how we are going to do that, but we are working on it.”

Alonso was temporarily pacified with the Indy adventure, but his heart is firmly set on a third title in Formula 1 and has made it quite clear that if there are no substantial improvements to his ride by the end of summer he will be looking for an alternative team, who can offer him a winning car.

Brown admitted, “Certainly sitting here right now it looks very difficult imagining us running for the world championship next year. But you can make big progress. We’re trying to figure out how to get ourselves in that position and we’ve got a little bit of time before the summer break.”

“Let’s see how the next few months go. And I don’t know about convincing Fernando, he’s going to convince himself whether he feels it’s an environment he wants to race in. I think we’ll let Fernando and the race team do the talking and see how we are in the second half of the year,” added Brown.

Big Question: Can McLaren return to winning ways in 2018?