Arrivabene: Allow drivers to use DRS at all times 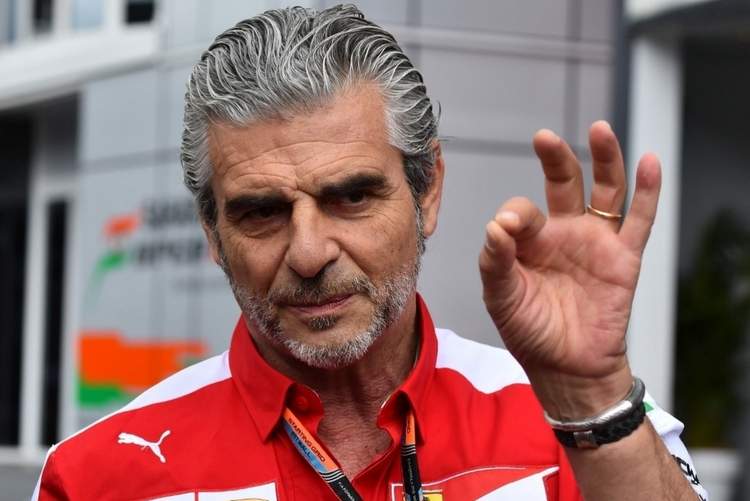 Ferrari president Sergio Marchionne grabbed a chunk of headlines during his lunch with media at Maranello, also speaking on the occasion was Maurizio Arrivabene who gave his views on the Italian team’s 2017 season and weighed in on some of the hot topics dominating headlines during the off-season.

He was asked during the lunch about the policy of silence that characterised Ferrari during the course of the year and Arrivabene explained, “We thought it makes sense for the drivers to talk more than the team boss, after all, they are the stars.”

A good idea and granted Sebastian Vettel was always good for a quote, but Kimi Raikkonen is hardly a motormouth on grand prix weekends.

Arrivabene acknowledged, “You’ve got to be very good at interpreting his silence. And by the way, with Kimi if has something to say then he speaks”

And maintained his admiration for the Finn, “I think Kimi is a great driver: he would not have made pole in Monte Carlo if he was not. When you miss the walls by millimetres unless you are a very good driver you will not manage to take pole.”

With regards to Vettel, Arrivabene said, “Sebastian is an emotional person. I see him as a fabulous competitor prone to errors of reaction when he is under pressure. Sometimes the horses escape from the stable…”

“That does not change the big champion that he is. You don’t just happen to win four world titles. He already has four titles. Now Lewis Hamilton has captured his fourth World Championship and its as if he is the new Schumacher.”

Ferrari had the upper hand during the first half of the season, with Vettel leading the standings until the summer break and were looking good for the drivers’ title at that point.

Arrivabene recalled, “We noticed how good our car was during testing in Barcelona. Our only doubt was that we had no idea what Mercedes had in store for the start of the season in Australia.”

“We believed that during the testing they did not reveal their hand, but then everyone had to show their hand in Melbourne and it was confirmed that we had a good car.”

It would be fair to say that the Asian campaign, starting with the start line crash in Singapore is what destroyed Ferrari’s title challenge, even team president pointed to the Asian races as their downfall.

Arrivabene gave his take, “Much has been said about our difficulties in those three races, but the result in Baku also had a negative impact. We were good in Hungary. If you remember, Vettel drove the car to the end with the steering wheel tilted at 30 degrees.”

“But the team worked with the remain cool and calm. Kimi also defended Seb from Hamilton’s attacks and at Hungaroring, it became clear how he had grown up.”

He was well protected by Raikkonen from Hamilton challenge. It showed how the team had grown, how well they worked together.”

The question of mid-season changes in senior staff, particularly the departure of engine boss Lorenzo Sassi, was an issue that was raised also raised during the lunch, to which Arrivabene responded, “I am constantly struck by the enormous headlines that are being constructed from such shifts.”

“Maybe people see us not as a company and too much as a racing team. As a company, Ferrari has enough manpower to cushion such changes. We have very capable people who work in the GT division and can change to the Scuderia at any time.”

Arrivabene also weighed in on the matter of boring races such as the season finale in Abu Dhabi and gave his opinion, “We have to pay attention to the layout of the racetracks. If we use Abu Dhabi as an example, most drivers regard the Yas Marina Circuit as one of the most boring tracks they know. Ultimately, it’s the classic circuits that produce the most spectacle.”

As for the matter of overtaking, which was way down this year, Arrivabene has a solution, “What could we do? For example, we could change how often drivers can use DRS.”

“Why does a driver have to wait to use it only in certain sectors of a lap? Allow drivers to use DRS at all times, that would also highlight his talent and courage.”

“We have to discuss things like that, not grid girls!” declared Arrivabene sarcastically, in reference to comments made by F1 motorsport chief Ross Brawn regarding his desire to end the use of grid girls.

Big Question: Should drivers be allowed to use DRS at any point during a lap?