Boullier: I have learned about the danger of honeymoons! 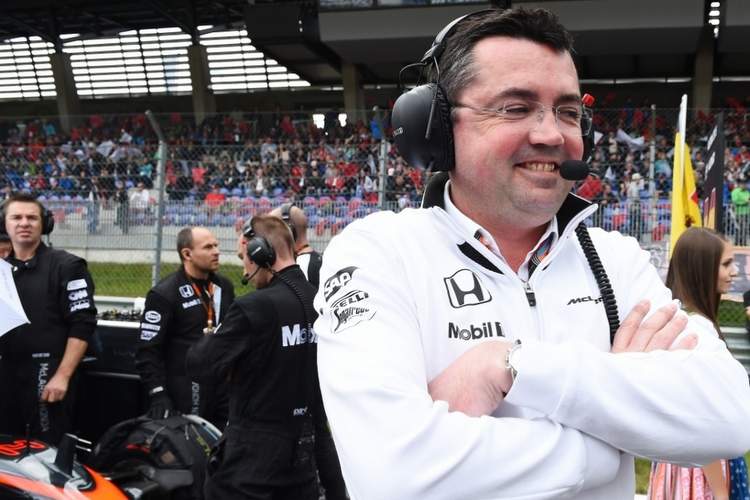 Eric Boullier will experience his second ‘honeymoon’ in less than four years as McLaren enter an engine partnership with Renault in an effort to catapult the team up the grid after a period of desperation and underwhelming results in Formula 1.

Christian Horner the F1 chief of Red Bull, a Renault customer team, has predicted a honeymoon period between McLaren and Renault before the reality of the partnership checks in.

In an interview with the official F1 website, Boullier said of the suggestion, “I had one with Honda and I’ve learned from it. I have learned about the danger of honeymoons! But yes, at the start of any relationship you would be foolish to bounce the table before knowing your partner.

“We are now in a ‘get to know each other better’ phase. We are building relationships. And I will make sure that the honeymoon lasts longer than the last one!”

McLaren had few options to choose from when it came to a power unit supplier, with Renault emerging as their option in the wake of complicated negotiations which resulted in Toro Rosso taking on Honda power.

The deal was confirmed in mid-September, which was a bit late as teams at this point were already working on their 2018 programmes.

In the light of this Boullier was asked if his team will be late in delivering the Renault powered MCL33 ahead of testing which begins on 6 March in Spain.

The Frenchman replied, “It is too early to say that now. You push the boundaries to the limit all the time and if you have that constant development in performance – in the wind tunnel, in CFD, whatever – you want to push the limit to the last minute before you start the manufacturing process.”

“You simply want to wait as long as possible to make sure that you’ve derived each and every bit of information and data when you start manufacturing. And I can say: so far so good!”

Honda and McLaren insist that although the partnership failed, the split was cordial and without animosity.

Boullier echoed the sentiment, “First of all, I wish them well. I want them to be successful – as long as they stay behind us! (Laughs) We have tried hard the last three years, but the maturity and the timing was wrong for us. That’s a fact.”

“They will go on developing – and they can be successful in the future, of course. With a different timing. Formula 1 is changing so fast. Sometimes the speed of change in Formula 1 doesn’t fit corporate speed!”

As for the split, Boullier explained, “Any big decisions are always difficult to take. The concept of McLaren winning with Honda was a dream for everybody, yes – it was a beautiful story.”

“Today we have huge respect for them and we definitely don’t divorce with fights and screams and finger-pointing. We are all very professional – and in the end, it was a business decision, which they understand. There is a sadness that it didn’t work out like we wanted.”

“McLaren-Honda in terms of brands was a good fit – in terms of results it didn’t work. That’s what it is in the end. Now we have to see that we get back to competitiveness – back to the top!” added Boullier.

Big Question: Will 2018 see McLaren at the sharp end of proceedings in Formula 1?