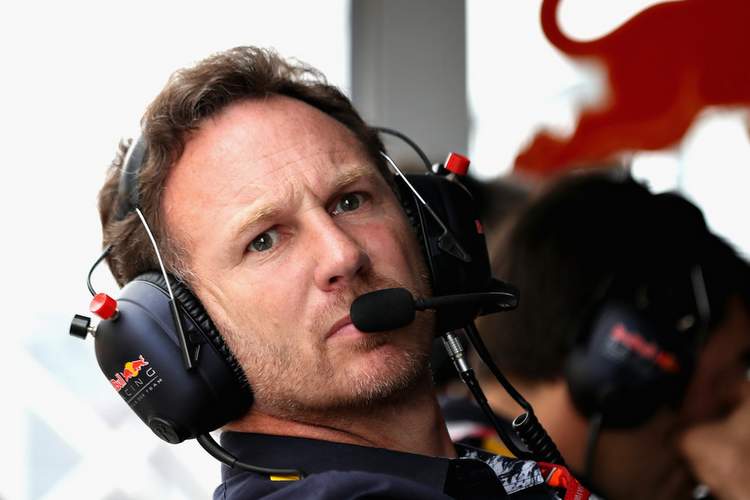 Red Bull team principal Christian Horner expects his team to remain the Formula 1 benchmark for Renault next season despite McLaren switching from Honda to the French manufacturer’s engines.

Renault’s own works team are currently seventh in the 10 team constructors’ championship with two races remaining while McLaren are ninth.

“McLaren’s a great team with strong drivers and we look forward to competing with them on (the) track,” Horner, whose team won both titles for four years in a row between 2010 and 2013, told Reuters at the weekend.

“We’ve made great progress in the second half of this year and obviously our target and objective is to carry that momentum through into 2018. They (Renault) have a benchmark in Red Bull,” he added.

Renault and McLaren share oil and fuel partners in BP while Red Bull are with ExxonMobil, the company that sponsored McLaren for 21 years until they left for Red Bull at the end of last year.

That synergy could work to the advantage of McLaren, with Red Bull coming close to a split from Renault at the end of 2015 and their engine now branded as a Tag Heuer — another former McLaren partner.

There is also lingering uncertainty about what engines Red Bull will be using after 2018, with media reports in September suggesting Renault no longer wanted to supply the team beyond then.

Both sides have dismissed that as speculation.

McLaren, meanwhile, are committed to using the French engines until 2020 after ending their failed partnership with Honda — who will be making the switch from Renault to Red Bull’s Toro Rosso team.

ExxonMobil’s global sponsorship manager Kai Decker said his company relished the challenge of competition between Renault-powered teams and against its former partners while Horner said fuel developments had contributed significantly to this year’s performance.

“We’ve had Esso Synergy upgrades this year that have enabled us to compete with Mercedes and beat them,” he said. “It’s not insignificant. It is absolutely noticeable and putting performance on the car.”

He gave no exact figures but Red Bull’s chief engineer Paul Monaghan said in Malaysia last month, a race also won by Verstappen, that the fuel upgrade had been worth a grid position.

Red Bull also have top designer Adrian Newey, whose cars also won titles for McLaren, as a prize asset and Horner said he would continue to split his time between Formula One and other projects with title sponsor Aston Martin.

“We’ve got pretty much regulation stability so the lessons we take out of RB13 (the current car) will go into 14,” said Horner.

“Obviously we’re hopeful that on the engine side performance and reliability improve over the winter and they are fundamental aspects for us. I think we’ve demonstrated that we’ve got a really competitive chassis.”

Since the August break, Red Bull have scored more points (156) than Ferrari (137), who have won four races this year and are second to champions Mercedes.

“If we can take these learnings into next year’s car then hopefully we can start on a stronger footing than the second or so that we were off in Melbourne at the start of the year,” added Horner.