Hasegawa: We keep progressing and Honda never give up 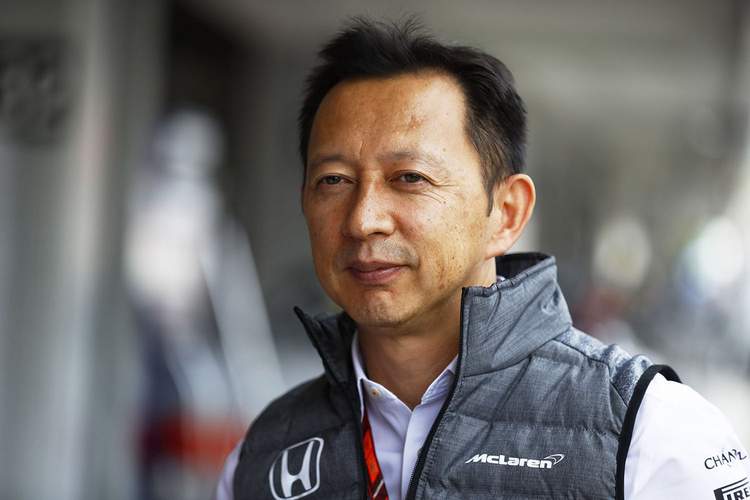 The 2017 Abu Dhabi Grand Prix marked a significant moment in Honda’s Formula 1 history as it brought to a close a challenging three years in partnership with McLaren and presents the promise of new opportunities in 2018 with Toro Rosso.

The last five decades chart a glorious Honda-powered past that boasts 72 F1 victories. From the first win as a works outfit at the 1965 Mexico Grand Prix, to two periods of dominance as an engine supplier. Williams-Honda first secured 23 wins in three years during the mid-1980s before McLaren-Honda then won 44 of 80 races from 1988-1992.

It is the latter period that stood out when Honda returned to race with McLaren in 2015. However, this recent partnership has failed to hit the same heights in terms of results.

Reflecting on the past three years, Head of F1 Project Yusuke Hasegawa is proud of the way both aspects of the team fought until the very end of the final lap in Abu Dhabi.

“It was of course very challenging,” Hasegawa-san says. “Honda started very late compared to the other manufacturers, so it was a big disadvantage. While I think we are doing a very good job from a development point of view, from a competitiveness point of view, we are behind.”

“I am still very proud of our job. We keep progressing, we never give up and we have never stopped our development. We have kept going at maximum speed for all three years. But this is a competition and from the outside, it is obvious we haven’t been getting results, which is of course disappointing.”

“We live with this, but during this situation, I really appreciate the McLaren guys, and have to give a special mention to those at the circuit. Everybody is always focusing on getting out the maximum performance from the car and the PU. They never give up. Even when we had an engine failure, the mechanics were always trying to recover the situation and focus on getting the car back on track. They are very professional and always had a great attitude.”

2017 saw a new power unit concept introduced in an attempt to give better development potential for the future. Despite a troubled first half to the season, the team has since scored points in five of the final seven races.

“It was a necessary challenge for us to take on. Although we showed some decent performance last year we knew it wasn’t good enough to break into the top three, so we needed to change the engine concept,” says Hasegawa-san. “There is no doubt that this was the right direction but we just couldn’t complete the package in time for the start of the 2017 season.”

“That meant we had to solve many issues at the Grands Prix instead. But unless we tried those modifications there was no chance of going forward in the longer term. So that’s why we decided to change. I have no regrets in taking that decision.”

“Of course we have been challenged from the outside by McLaren throughout, which is very good. We had so many experiences with them, so obviously from an organisation point of view – both technically and as people – we have all grown, there is no doubt.”

That growth will continue to be proven in F1, as a new partnership is forged with Toro Rosso from 2018 onwards. With the new driver line-up of Pierre Gasly and Brendon Hartley, it’s a fresh start for both the team and the Honda project – and one that Hasegawa believes was necessary to take.

“A new challenge and making new relationships with people is always exciting. From an experience point of view, for this era of Honda, it will be the first time we have changed team and we’ll get a better understanding of what a normal situation is.”

“We only know things as the McLaren-Honda way, but this will be another opportunity to expand our understanding and experience of a different way of working.”

“I think we needed the change. From a technical point of view, it’s good for us to know more about other things, like new cooling situations or how the top speed of a different car design is affected by drag. It is very important to understand what the standard is.”

“Toro Rosso is also a very good team and they are very open with us. Compared to their position – in terms of size and resources – they are actually very competitive. I don’t know how the rest of the Paddock looks at Toro Rosso but we’ve had many meetings with them and they are technically very professional.”

While initial work with Toro Rosso has been ongoing since the announcement of the new partnership, the winter will see the collaboration taking on the challenge of preparing a new car ahead of pre-season testing in February.

“The installation is the biggest job for us, to get the engine to fit the chassis. We need to make many modifications, which is a big job, especially in this limited amount of time. Honda and Toro Rosso – from both sides – are doing a very good job.”

“We’ve been the ones making the majority of requests so far, but it’s fair to say this will be a more equal partnership than it was with McLaren in terms of leadership. And that’s not just because of the size of the team. Obviously, Honda as a company is huge but we had little recent F1 experience – so from that point of view, McLaren was still leading us. That won’t be the same with Toro Rosso.”

“We are working quickly to swap teams. We have to prepare things before February, so it will be a very busy winter. Development is ongoing on the power unit. It will remain the same power unit concept from this year, so we are able to use the current one as the starting point.”

In terms of expectations, lessons have been learned from the McLaren-Honda partnership that suggests it takes time to set realistic goals. Toro Rosso-Honda will not rush into any predictions that are overly optimistic for a team used to prepare the next generation of F1 drivers and engineers.

Targets will be set in future, but for now, the hard work will continue, as everyone involved remains determined to return the Honda name to the front of the grid.

“That’s the biggest agenda we need to discuss. From a championship point of view, Franz Tost always said it is down to the drivers. So we have to provide Brendon and Pierre with the performance they need. Of course, they are very good drivers but they are also rookies in F1 so it’s too early to say what we can target from a Constructors’ Championship point of view.”

“People tell me we’ll have much less pressure at Toro Rosso but I don’t think that’s true. In my mind, we simply need to prepare the best engine and nothing is going to slow that down,” concluded Hasegawa.