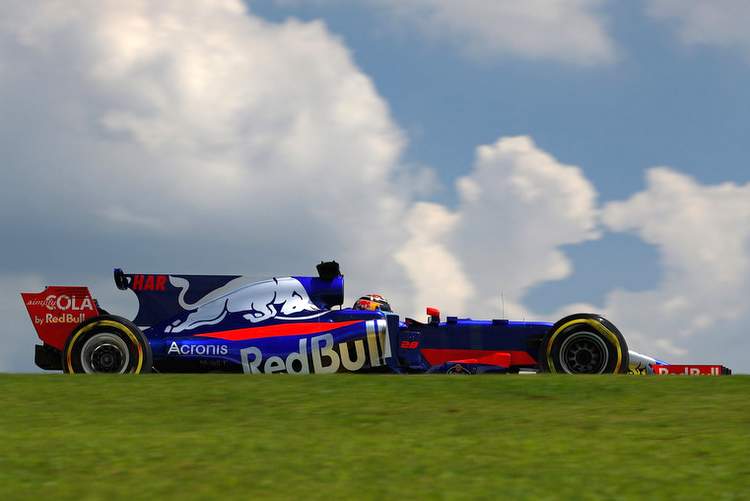 Formula 1 cars are set to lose their prominent ‘shark fins’ style engine cover next season after McLaren failed to back other teams hoping to retain them.

The removal of the aerodynamic features was agreed earlier in the year but underwent a re-think, according to Red Bull team boss Christian Horner, as teams sought a place to display driver numbers.

“He’s obviously signed a major sponsor for next year that he’s trying to get as much coverage as he can for, so McLaren presented another variant,” said Horner.

“The problem is the aerodynamicists then looked at it and said ‘well that screws up the rear wing so we don’t want that.’ So I’m not quite sure as we sit here what we’ve got. I think it goes back to what’s in the regulation, which is no fin.”

Brown – a marketing expert – said the team had secured two as-yet-unannounced new sponsors, one of them America-based, and defended his stance.

The rear wing, he said, was an important part of a team’s real estate when it came to sponsors, “We don’t think enough commercially about some of the technical regulations that we discuss. If you look at today’s race car, front wings are no longer commercially viable.”

“We’ve got bargeboards and aerodynamic devices blocking the chassis side and we’ve got this big engine fin that blocks the rear wing. So that was really more of a case of starting to free up some commercial locations on the race car.”

The fins, emanating from the airbox above the driver’s head, were introduced this season and caused an immediate controversy.

Horner was one of the early critics, saying at the launch of his team’s new car in February that the sport had put aerodynamics before aesthetics.

“It’s going to complicate matters slightly,” said Force India technical director Andy Green. ”It means we have to redevelop part of the cars which hasn’t been developed because we assumed the engine cover was going to stay the same.

“It’s not a big thing, but it’s still something we have to do that we didn’t think we would have to do,” added Green.