Hamilton: This is a very emotional day 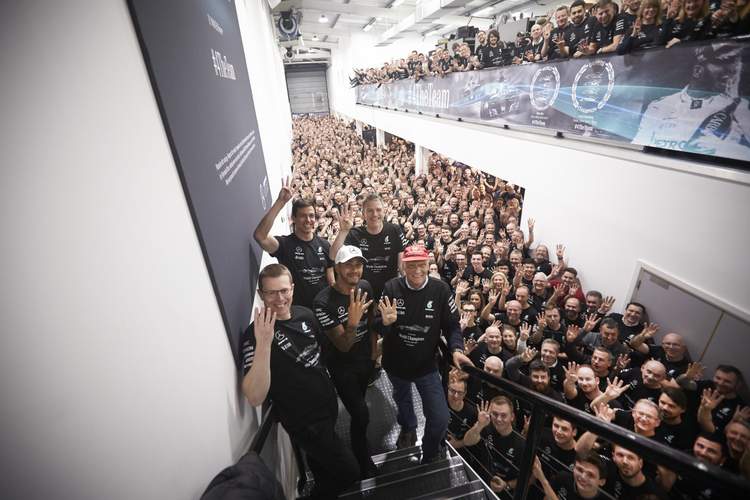 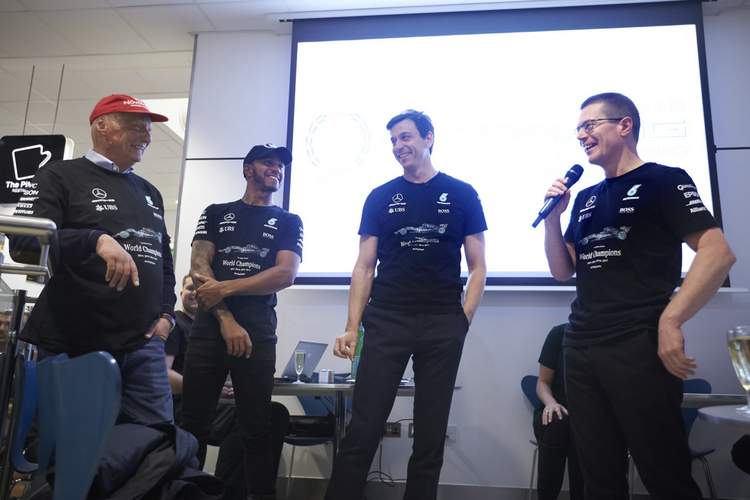 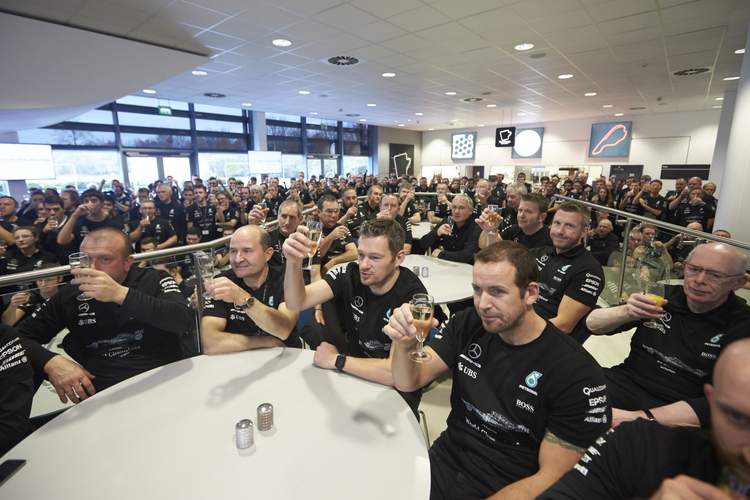 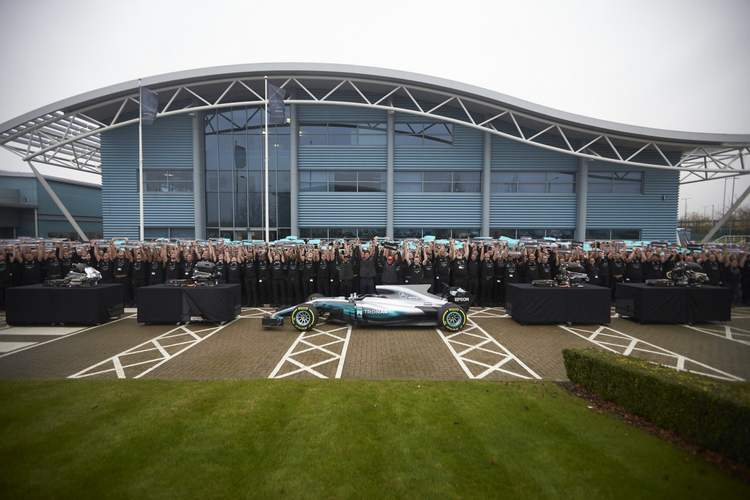 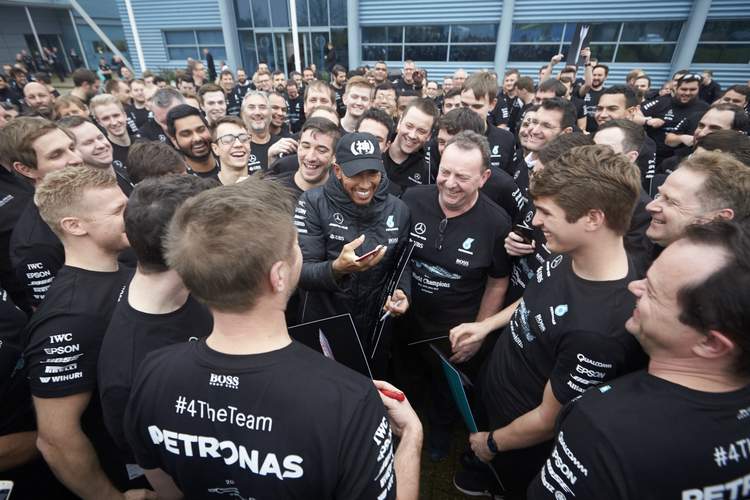 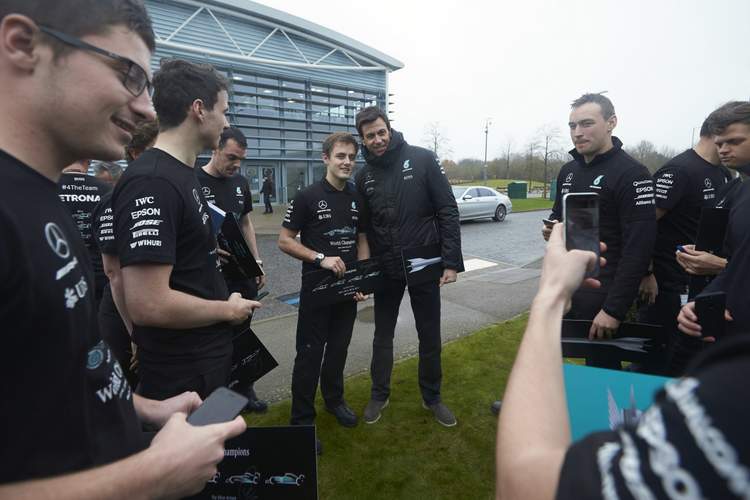 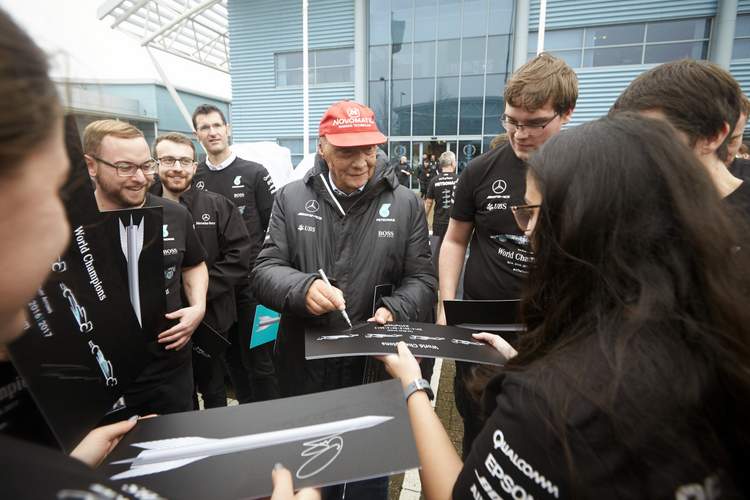 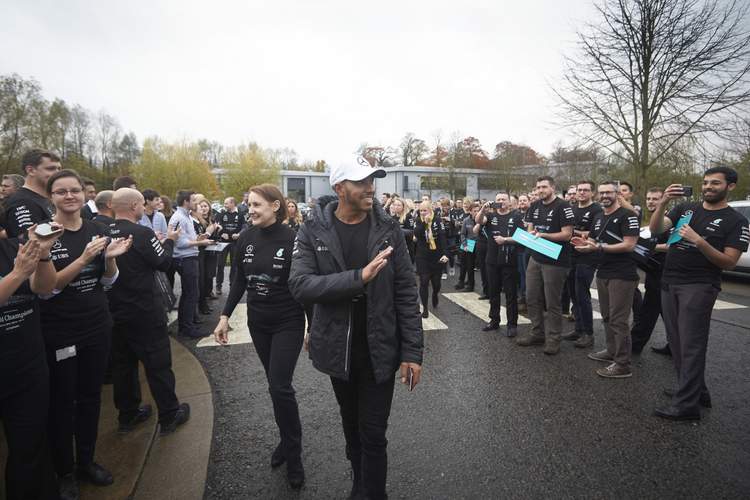 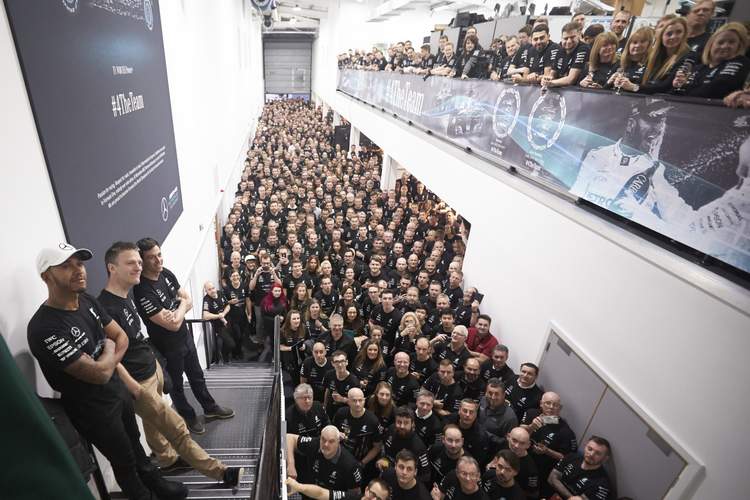 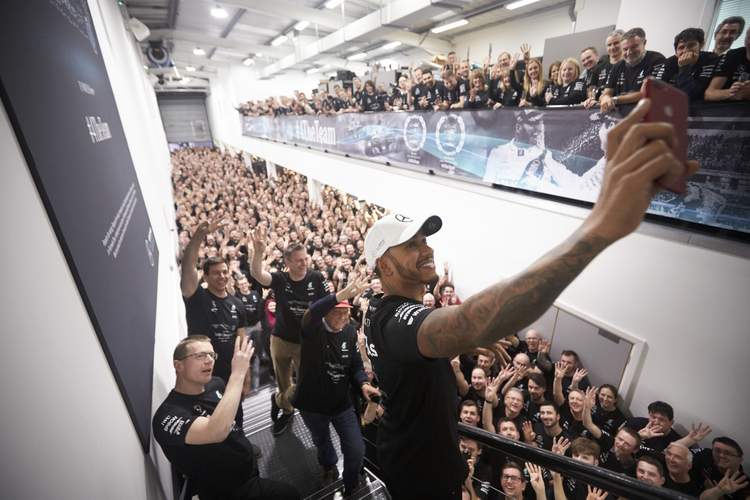 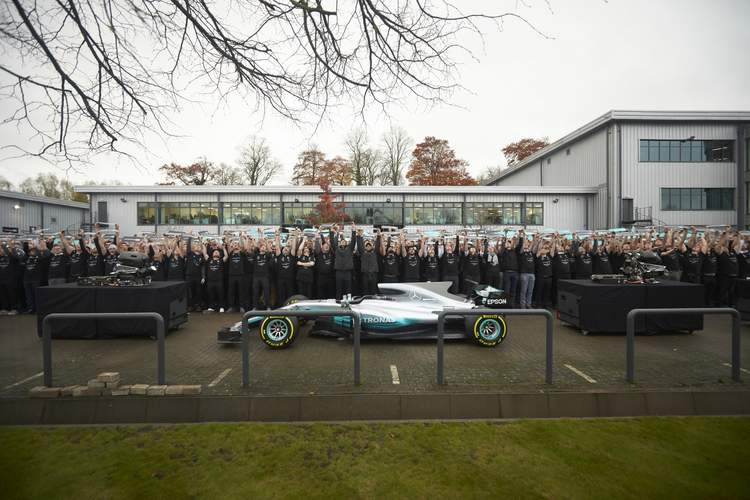 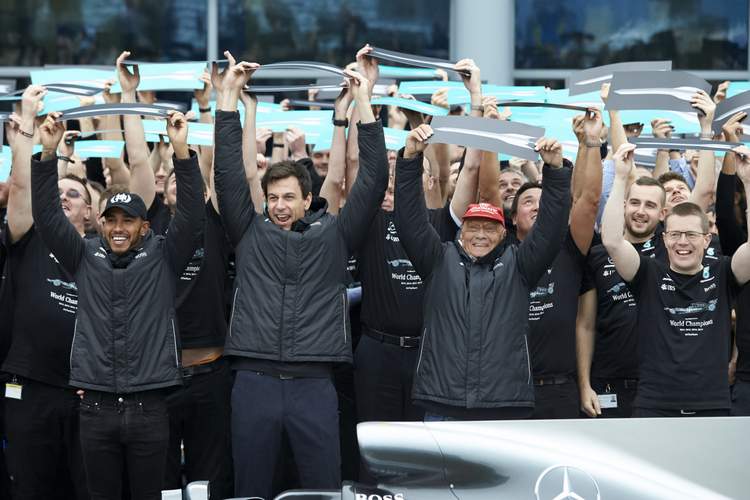 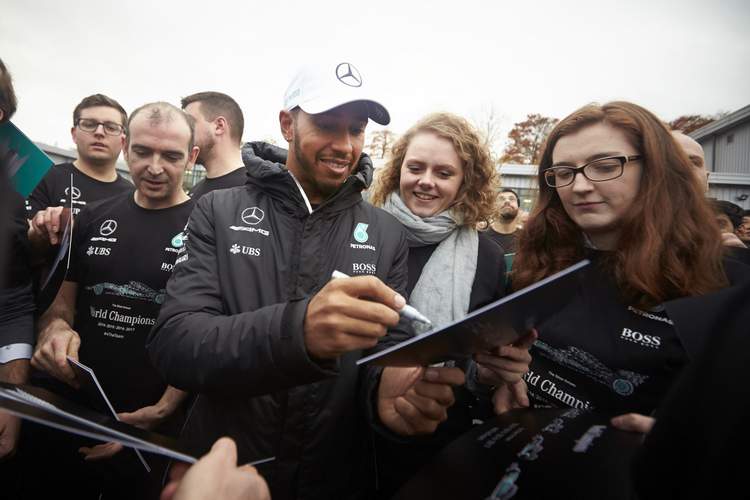 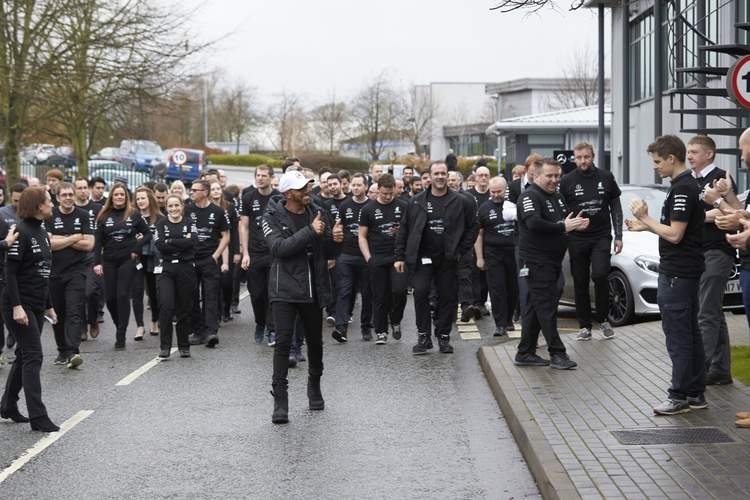 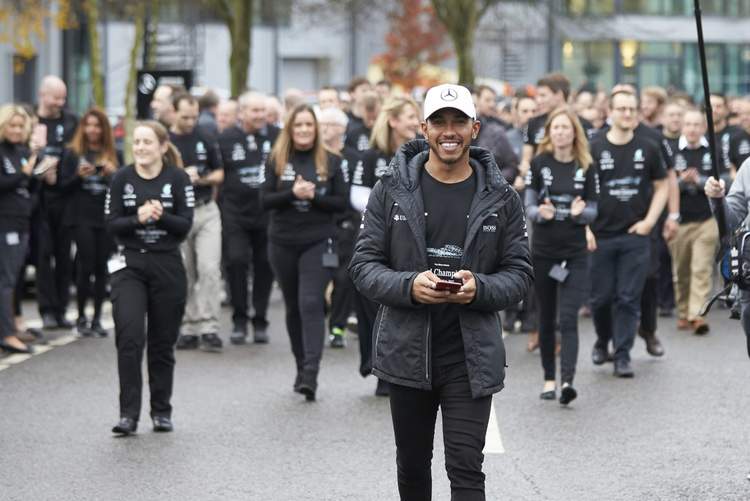 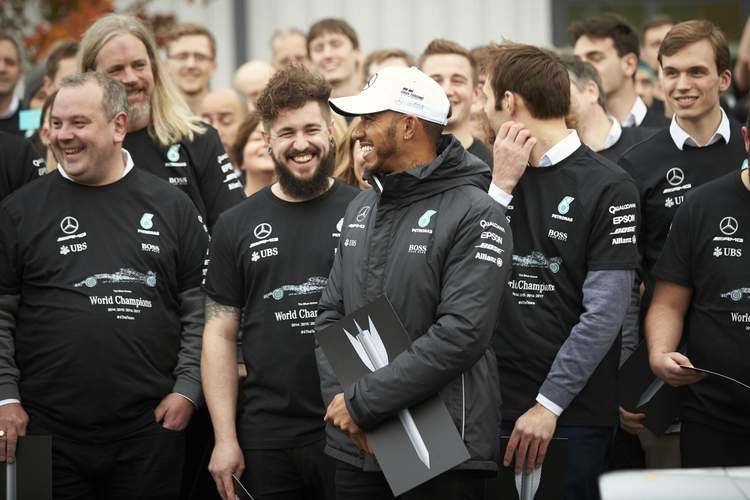 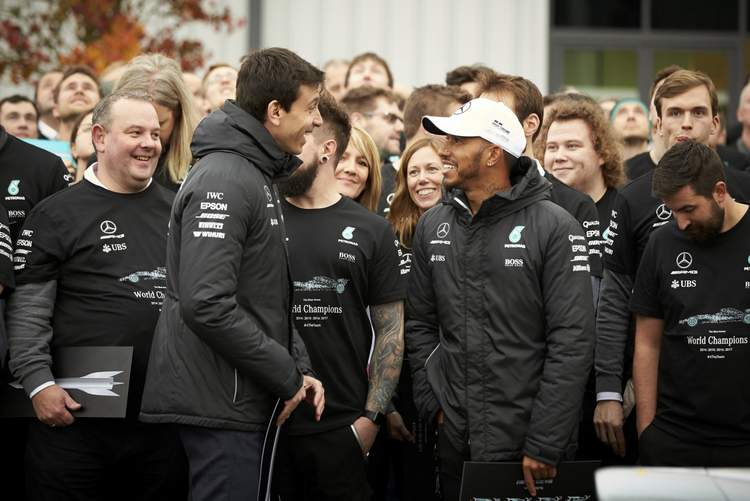 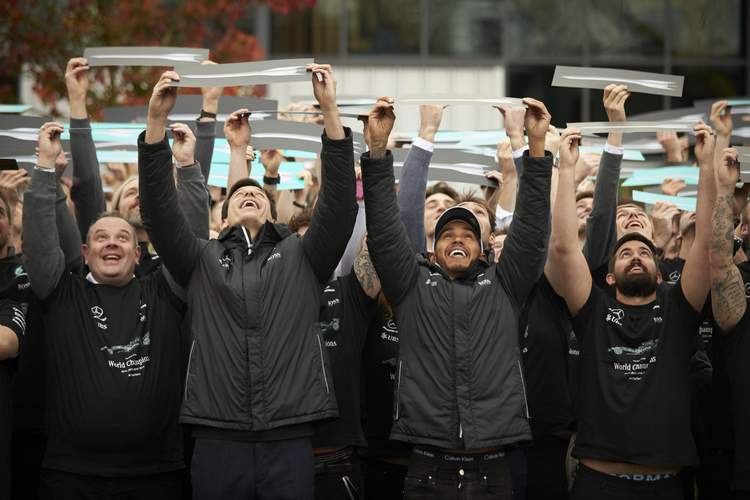 With the Formula 1 season coming to an end in Abu Dhabi this weekend, the 2017 champions took some time out of their busy schedules on Monday to celebrate this year’s achievements.

Two weeks before the FIA Prize Giving Gala, which will officially crown Hamilton and Mercedes with their fourth world championships, the Silver Arrows team paid special tribute to their Wolrd Champion driver today.

He first celebrated winning this year’s Constructors’ and Drivers’ Championships in Brixworth before marking the occasion in Brackley, where he was welcomed with a “guard of honour” as the entire team came out to celebrate its championship success.

Niki Lauda: “For the fourth time in a row I’m in the fortunate position to say thank you to the entire team. 2017 has been a challenging year because of the rule change. A rule change always means uncertainty; no one knows what the other guys are doing. We started with a difficult car, but the team was able to consistently improve it throughout the season, which was the key to winning the championships. The team did a fantastic job and Lewis did a fantastic job. I’m really proud of everyone, it’s an incredible achievement. This year was the most difficult one so far and next year it will be even more difficult, but I trust the team 100%!”

Toto Wolff: “Since I was fortunate enough to join this team in 2012, I have seen it go from strength to strength. I still see many of the same faces who were here when I joined, but also new faces as we have continued to build the strength of this group. We are fortunate to have the right resources, which isn’t always a given, but importantly we have the right people. We have a team that works together in the right spirit and the mind-set of success in Brixworth and Brackley. We have not allowed ourselves to become complacent, but remain motivated and energised. For me, I could not imagine working with a better group of people. I would like to say thank you very much to all of you.”

Lewis Hamilton: “This a very emotional day. I was not expecting this, thanks everyone for the warm welcome. Today is something that I will never forget, turning up at the front gate of the factory and seeing everyone out on the street to welcome me – I’m blown away. This has been an incredible year, it’s been an incredible journey together. There’s a huge amount of respect and appreciation I have for everyone. I’ve been in the sport for a long time now, but to see the work ethic in Brixworth and Brackley really inspires me. Every time I come around, I see everyone operating at 100%, which encourages me to bring my best performance. Thank you all for helping me achieve my dreams, it would not have been possible without you. This is the best championship year, because we’ve been fighting another team and because we’ve had the difficulties and challenges we’ve had – that just makes it so much greater.”