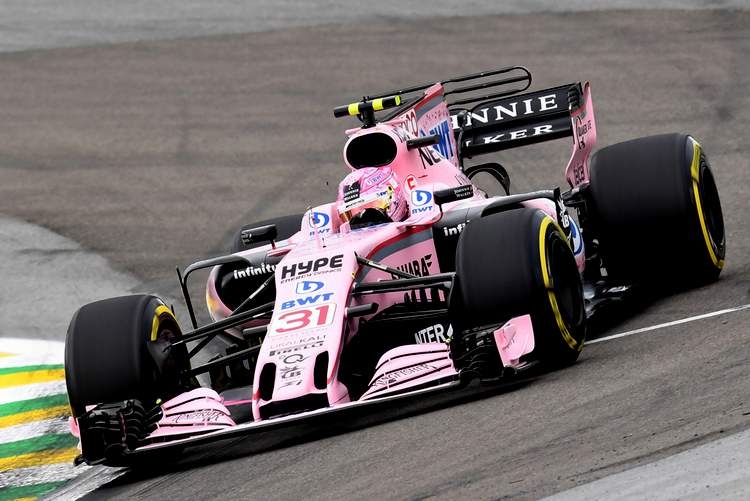 Force India team and drivers preview the season finale the Abu Dhabi Grand Prix, Round 20 of the 2017 Formula 1 World Championship, at Yas Marina Circuit in the United Arab Emirates.

Vijay Mallya: “Whatever happens in Abu Dhabi this weekend, 2017 has already been our most successful season to date. I can’t stress just how proud I am of our achievements. Claiming fourth place in the World Championship for two consecutive years doesn’t happen by accident and I have to pay tribute to each and every one of the 400 staff who played their part in making it possible.

“With fourth place secure, it’s nice to end the season free from pressure. Of course, the focus is firmly on 2018 and we will continue experimenting with different things on the car this weekend. We will also continue running George Russell in Friday practice. We have usually been competitive in Abu Dhabi and it’s important to end the season well before the start of a busy winter finalising a new car for 2018.”

Sergio Perez: “I enjoy driving at Yas Marina. It’s a track where we’ve been strong for the last few years and I would love to end the year on a high with a strong result. The final race is always a strange feeling because it’s your last opportunity to drive the VJM10 and you don’t know what next year will bring. We don’t have any pressure because fourth place in the championship is confirmed so I can focus on simply enjoying the experience and getting the best result possible.

“There are some interesting corner combinations at Yas Marina and it’s a track that is hard on braking, with a lot of emphasis on traction. There are overtaking opportunities at the end of the long straights so you often find yourself either attacking or defending, especially towards the end of the race.

“As a team we can be satisfied with our season. Finishing fourth is the best we could achieve and, on a personal level, finishing just behind the top six drivers makes me feel proud. We just need to make sure we deliver this weekend and end the season well.”

Esteban Ocon: “The Abu Dhabi weekend is always special and racing at night creates such a nice atmosphere. This season went by so quickly – it’s unbelievable to think we’re already at the final race of the season because it feels like yesterday that we were in Australia. It’s been a successful season and I hope we can finish it in style with a big result.

“I have great memories from Yas Marina: this is where I was crowned GP3 champion in 2015 and where I drove my first FP1 session in Formula One. I have done so much testing around there and I like the place. The two long straights are good opportunities to overtake: you can use the first to get really close to the car in front and make the move on the second. There are opportunities to shake the order up so the race can be quite exciting.

“After Abu Dhabi, it’s not really holidays. It’s back to training, back to the mountains for almost two months. I want to be ready for next season, when the cars are likely to go even faster. It’ll be nice to spend some time with family and friends around Christmas and New Year, but other than that, my focus is on getting ready physically and spending time at the factory.”

Sahara Force India’s Chief Race Engineer, Tom McCullough, looks ahead to the final race of the season in Yas Marina: “The final race of the season takes us back to a more standard lap length of 5.554km and to sea level, a change after the high-altitude challenges of Mexico and Brazil. This anti-clockwise track produces one of the slowest lap times of the year, courtesy of the high number of corners – the majority of them being low-speed. The three sectors making up the lap are quite distinct: short sector one tests the medium to high-speed performance of the car, while sector two is dominated by long straights and low-speed corners. At the end of the lap, sector three is an intense series of low-speed corners. The Yas Marina circuit is a challenge for engineers too: it’s very hard on the brakes and the practice sessions take place early in the day, with higher track temperatures than those we experience during qualifying and race at twilight, meaning it’s important to assess the car requirements accurately. As in Brazil, having secured fourth place in the Constructors’ Championship, we will use Friday not only to prepare for the race, but also to help the development of next year’s car.”