Hamilton: The only teammate I learned from was Alonso 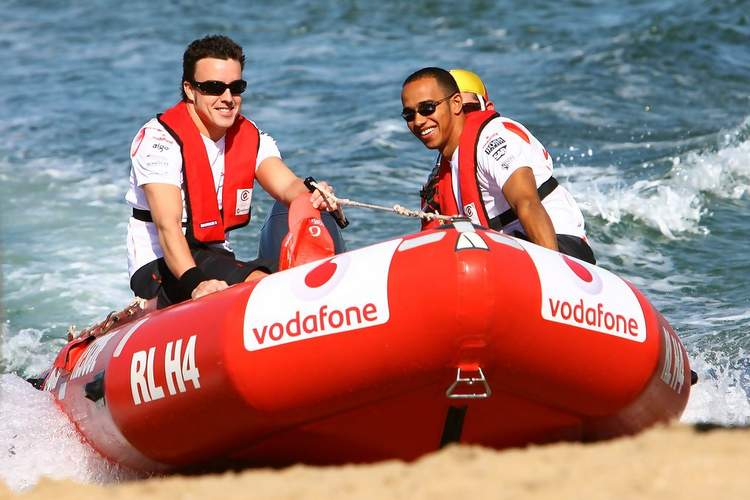 Lewis Hamilton believes that his mental strength is what won him the 2017 Formula 1 World Championship, while taking a poke at Nico Rosberg and crediting Fernando Alonso as the only driver who taught him anything during his career at the pinnacle of the sport.

Asked in an interview with CNN what was the the main element that resulted in him overcoming Ferrari’s Sebastian Vettel for this year’s title, Hamilton replied, “The mental side of things was key to this year. That really is the case for a lot of top athletes competing. It’s the smallest thing, we’re talking about small percentages. I think that’s really, for me, been the biggest difference between us.”

Hamilton was criticised when he departed to McLaren at the end of 2013 to join, the then unproven, Mercedes team. Since then, as a Silver Arrows driver, the Briton has added three world titles to the first one he won with the Woking outfit.

He explained, “I think I came to the team with a good energy but my work ethic is so much better today – so I would have applied that at the beginning.”

“I probably would have five championships right now, but I wouldn’t change it for the world. Losing the championship last year enabled me to be the driver and the man I am today.”

Asked if losing to Rosberg last year taught him anything, Hamilton replied swiftly, “No. Zero.”

And added, in reference to his first season in Formula 1 at McLaren alongside Fernando Alonso in 2007, “I’d say probably the only teammate I’ve ever really learned something from would have been Fernando… it was my first year in F1.”

“After that, I would say I was able to have the experience, so I never felt I was taking anything from another driver. I was just always trying to enhance and unlock my own abilities.”

Invariably the issue of surpassing Michael Schumacher’s myriad of records was brought up, to which Hamilton responded, “I’m not thinking about that. I can’t envisage me being around for seven but I also can’t say never.”

“You’ve just got to enjoy the ones you have … I can’t believe that I’ve got four. Of course I want to win more but if I don’t win another championship would that be the end of my life? No. I’m gonna do other great things.”

In the wake of claiming his fourth F1 championship title, at the Mexican Grand Prix, his current rivals were full of praise for his feat. A number of them rating Hamilton as one of the sport’s greatest drivers.

The praise did not fall on deaf ears, as Hamilton acknowledged, “The respect I have received from certain drivers is something I really, really appreciate because naturally you want to be respected by your peers… because I have that respect for other people that I race with.”

“To hear that reflected and reciprocated, that’s a great feeling,” admitted Hamilton.