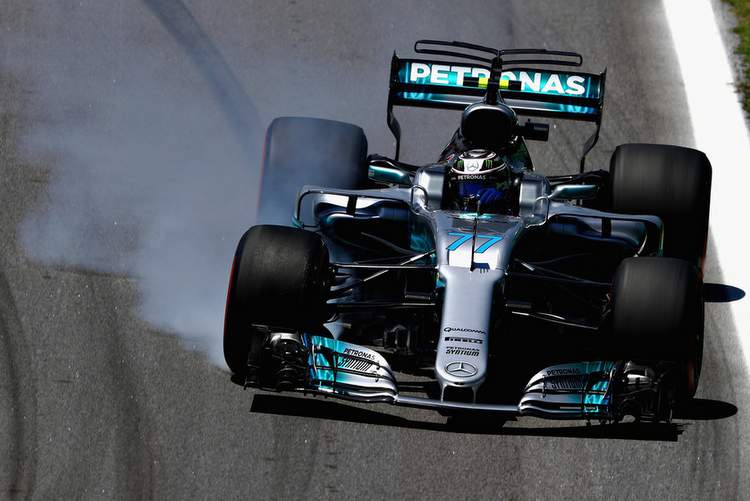 The Finn lapped the Interlagos circuit in one minute 09.281 seconds, a mere 0.003 quicker than four-times Formula One world champion Hamilton who had been fastest throughout Friday.

Ferrari’s Kimi Raikkonen and Sebastian Vettel were a close third and fourth, with the top four split by just 0.058 of a second.

Both championships have already been won, with Hamilton wrapping up his fourth world title in Mexico at the end of last month.

Mercedes clinched their fourth successive constructors’ championship in Texas in October with three races to spare.

Australian Daniel Ricciardo was fifth for Red Bull, but will have a 10-place grid penalty after later qualifying, and McLaren’s Fernando Alonso sixth.

Hamilton, last year’s winner in Brazil, will be going for his 12th pole of the season and 73rd of his career. 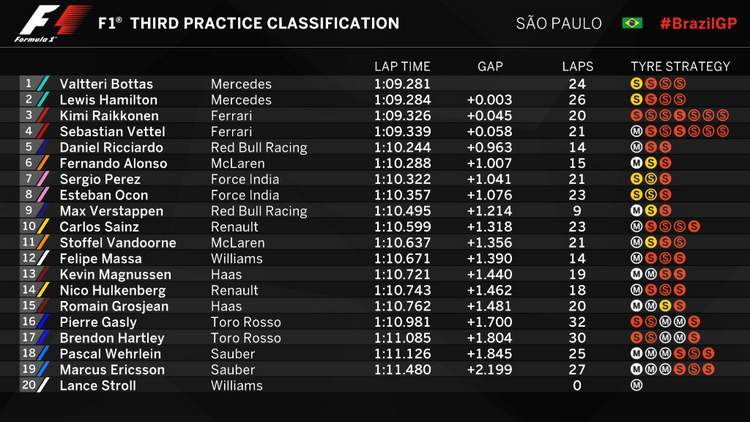