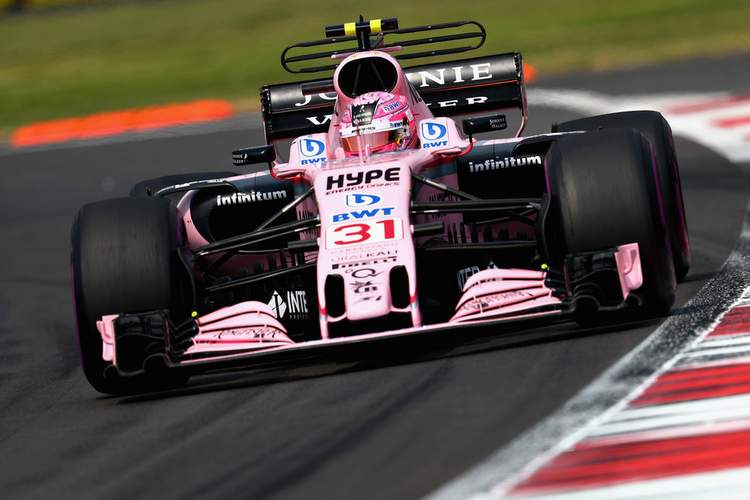 Force India the Brazilian Grand Prix, Round 19 of the 2017 Formula 1 World Championship, at Autódromo José Carlos Pace (aka Interlagos) in São Paulo.

Vijay Mallya: “To have confirmed fourth place in the Constructors’ Championship for the second consecutive year is a wonderful achievement. I’m incredibly proud of the entire team and delighted we have done so with two races in hand. It’s already been our strongest season yet in terms of points scored and we are just 25 shy of the 200 points mark. It shows how consistent we have been all year.

“With fourth place secure, we have the freedom to take a new approach into the remaining races – perhaps by trying some different things or different Friday drivers in the car to see what we can learn for next year. We can also be more aggressive with strategies and take more risks. We’re still hungry for strong results and want to end the season on a high note. The race in Brazil this week is an opportunity to continue our run of strong performances at the very least.”

Sergio: “I like Interlagos and it’s always one of the special races of the year. The track is tight and challenging, and it almost feels like a karting track. There is a good mix of corners and it’s a track that often creates good racing and some surprises.

“Rain showers are never too far away at this time of the year. I remember the wet race last year when I nearly finished on the podium. I only missed out with a few laps to go and it was one of those really difficult races because the track was so wet. I would like some more rain this year because it creates more of an opportunity for a big result.

“I enjoy visiting Brazil because it reminds me of Mexico and I’m always very relaxed there. I feel great support from the fans and the atmosphere in the grandstands gives me lots of energy.”

Esteban: “Interlagos is definitely one of my favourite tracks on the calendar. I drove there for the first time last year and had a very strong race in the rain. It’s an old-school track with little margin for error. As a driver, you always get more of a buzz from these types of circuit.

“As we saw last year, the weather conditions can be very unpredictable. I enjoyed driving in the wet last year and would be happy if it rains again. Whether it’s wet or dry, we will be strong because the car is performing really well and it’s a good chance to score some more points.

“Away from the track, I’ve always thought Sao Paulo is a cool place. Everybody talks about the food and there are some amazing restaurants. It’s always a good place to eat meat.”

“The circuit in Interlagos is a proper old-school track that all drivers enjoy. At 4.309km, it’s one of the shortest laps of the season: with fewer corners than in Mexico and the second quickest lap time of the year, the grid tends to be pretty tight and every mistake costs you positions. It’s one of the few anti-clockwise tracks and there are plenty of elevation changes around the lap, including some which make the downhill braking zones particularly challenging. The infield section rewards maximum downforce, but to overtake you need to be quick in a straight line into turns one and four, so finding the right set-up requires a compromise. Though much lower than Mexico, we are still about 800m above sea level, which means the reduced air density results in less downforce and cooling capacity. Add in the rain, which is always a possibility around here, and there are all the elements for a very interesting race.”