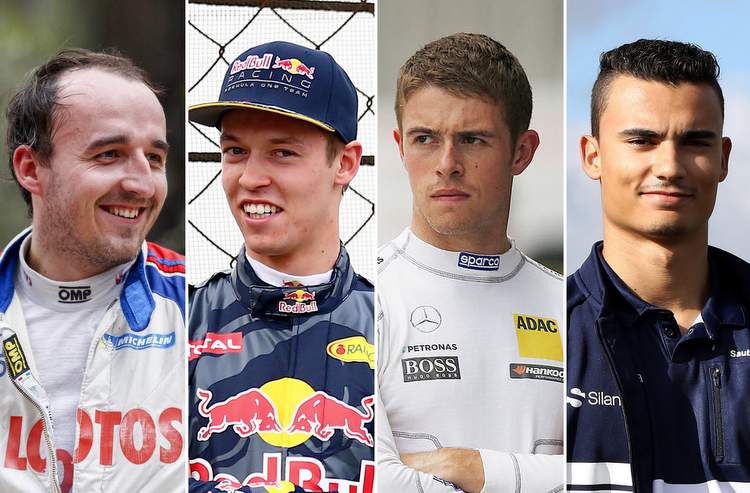 Felipe Massa’s announcement that this will be his final season in Formula 1 leaves a queue of drivers battling to replace the veteran Brazilian in the most coveted available seat on the grid for 2017.

Some, such as Robert Kubica and Paul di Resta, are experienced racers seeking a comeback after years away while others are youngsters seeking redemption or a lifeline.

Massa has now been ruled out after he told fans on social media that he was retiring at the end of the season.

Pascal Wehrlein, a 23-year-old prospect, can be included in the category of those with talent but on the wrong side of circumstances.

He is currently a Mercedes-backed driver at a Sauber team whose management and focus have changed and whose engine provider Ferrari is keen to place the Italian team’s own youngsters in the seats.

Williams use Mercedes engines and could expect a discount on them for taking Wehrlein — depending on how committed Mercedes are to him.

Daniil Kvyat, another 23-year-old who has been dumped by Red Bull and their Toro Rosso junior team, joins the list as someone seeking to show he can deliver and still deserves a shot.

Williams may have made their mind up already but have said only that they are considering a number of options and will make an announcement in due course.

“We’ll consider all drivers that are not contracted,” technical head Paddy Lowe said at last month’s U.S. Grand Prix, although the chances of dropped Renault driver Jolyon Palmer getting the seat are not great.

After Kvyat was dropped for Mexico last weekend and left the Red Bull programme, Lowe described the Russian as a “very respectable driver” who should be in the frame.

The focus, however, has been much more on Kubica’s possible return at the age of 32 and some seven years after it looked like his career was over.

The Pole partially severed his right forearm in an horrific 2011 crash during a rally he entered for fun before the start of that Formula 1 season, and there have been lingering doubts about his arm movement.

Kubica has tested with Mercedes-powered Williams, and Renault, and impressed. A race winner with BMW-Sauber in 2008, he would be a hugely popular choice in the paddock and with fans.

Di Resta, the team’s reserve driver and now 31, stood in for an unwell Massa in Hungary last July and also tested with Kubica. The Scot last did a full season with Force India in 2013.

Williams, sponsored by drinks company Martini, have said in response to suggestions that they need an over-25 driver for commercial reasons that age considerations will not be the deciding factor.

Canadian rookie Lance Stroll, who is set to stay next season, turned 19 on race day in Mexico and has had to wear team kit without alcohol branding at some races already this season due to local age laws.

“What’s most important for the team is to pick a driver lineup that will give us the best performance and most exciting racing potential,” Lowe said last month.

“There are some issues around advertising and Martini but if it came to it, I‘m sure Martini would understand the importance — if that’s what we were to choose — to have the best lineup for racing rather than for advertising.”

Big Question: Who should Williams choose to replace Massa?